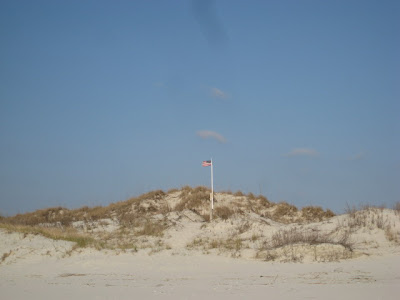 Continuing with our Sunset Beach weekend...we go there for a week every June, renting the same well-loved and well-worn cottage on Madd Inlet, facing the marsh, close to the ocean. Each year it is interesting to see what changes have been made, either by Mother Nature or by Man. We got an early preview with this weekend trip.
The most obvious change this year is the on-going construction of a new, high span bridge to Sunset Beach. Like almost all North Carolina beaches, it is a barrier island. For years, passage to the island has meant crossing a one-lane drawbridge that swings sideways to open on the hour to any boat traffic, and on demand by commercial boats. Trips off the island to shop or dine have to be timed to avoid the fifteen minutes of sitting and waiting for the bridge to open and close. Some love the charm of the slower pace of life. It is interesting to watch the bridge open and close, and see the boats that are passing through on the Atlantic Intracoastal Waterway. Obviously, others were impatient and decided to do something about it. Oh, and the old bridge is kind of unsafe and crumbling apart. 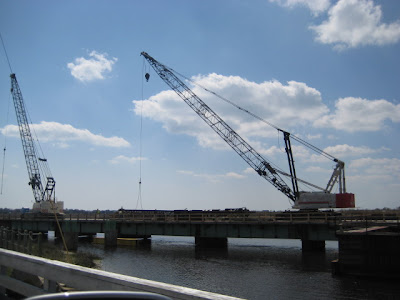 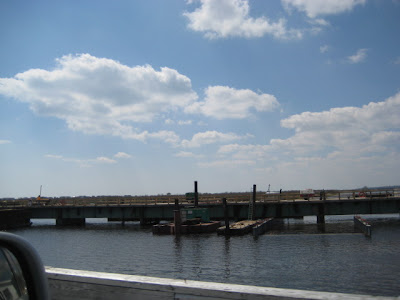 Another change in the man-made department is, they moved the ABC store to the Food Lion shopping center! What, you may ask, is an ABC store? Here in the Bible Belt of the South, there are no liquor stores, only state-controlled Alcohol Beverage Control stores. For years, the ABC in Sunset has been located across the street from the Twin Lakes restaurant by the drawbridge. Many is the time we sent someone out during dinner five minutes before closing time at the ABC to make sure we had enough tequila for the next day's Margaritas! Alas, now we must plan better for those emergencies.

As for Mother Nature's work, she has drastically changed the island over the last fifteen years or so by completely filling in the channel that used to separate Sunset Beach from Bird Island. 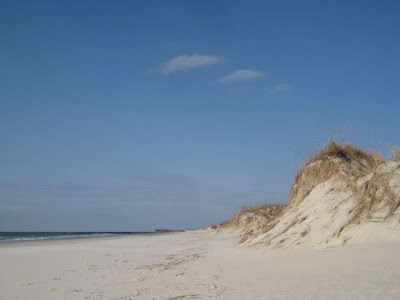 In the old days, you could cross the channel at low tide to visit Bird Island and look for sand dollars or shore birds. But if you got stuck at high tide, you either had to be a strong swimmer, or wait several hours for the tide to recede. Can't tell you how many eyeglasses and car keys have been lost in the channel! Now the sands have shifted, and the island does not end until you walk to the jetty. 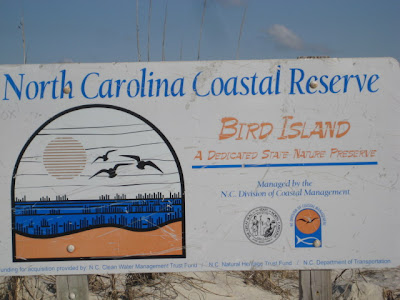 Bird Island is a bird sanctuary. You have to stay off the dunes where the birds nest. In the summer, volunteers mark the sea turtle nests by building little fences around them so they will not be disturbed. It is so beautiful and tranquil here. As long as I can remember, someone has provided a bench and a mailbox with a journal on the dune. 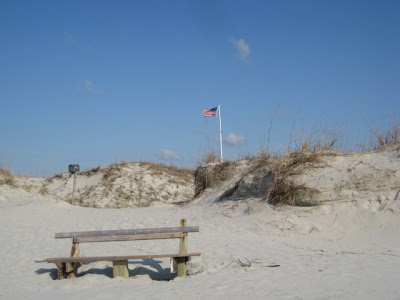 Known as the Kindred Spirit, many people have stopped and recorded their thoughts as they sat on the bench. But I could swear that the bench used to actually be in the dune. And this year, someone has put up two flagpoles on Bird Island with American flags.

There has always been the "skeleton" of a wrecked wooden boat right next to the jetty. Not much is visible of the wreck anymore, just the engine block. 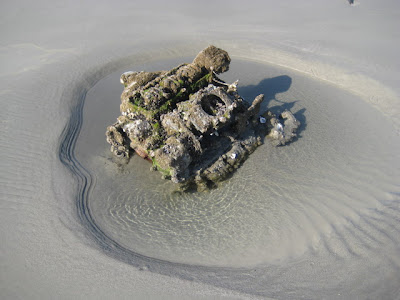 Well, there will always be changes. I remember being amused whenever we visited my mother-in-law when our kids were little, and she always cried when we left. Now I understand. Here I am enjoying a last cuddle on the deck with my little Lily. Good news...we will see them again in the mountains in two weeks! 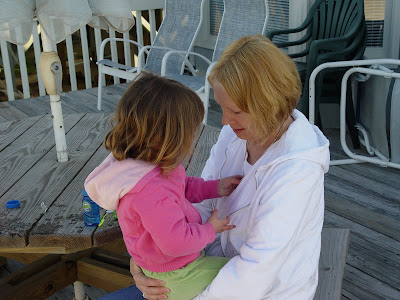 Posted by Jeanne Turner McBrayer at 7:35 AM

My family has been going to Sunset every years since 1983. Such a wonderful place. Hope the new bridge won't change things