In my last post I mentioned that my son Dave just had his thirtieth birthday.  Here is a mixed-media collage I made for him. 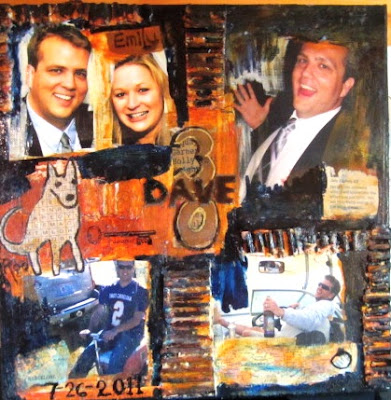 It is built upon a 12 x 12 stretched canvas that I covered with gesso.  I added some fun photos of Dave and Emily.  Their dog, Roo, needed to be in there, so I drew an outline of him on a newspaper word puzzle and cut it out.  The lettering is done with a speedball pen and India ink. 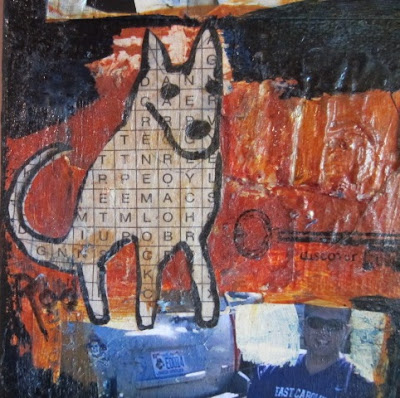 The rough texture is from corrugated cardboard.  I cut out the letters of his name from a broad velvet ribbon, and put them on top of a portion of a brown bag from our local ABC (Alcoholic Beverage Control) store. 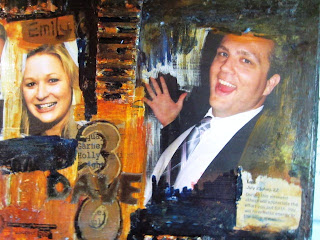 I added a horoscope for Leo.  I don't know about the energy, but I think his friends appreciated the big party we threw in the mountains. 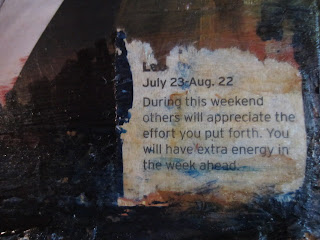 One of my favorite pictures is this one of Dave sitting in the captain's seat of a friend's boat.  He is reflected in the rear view mirror.  Below the photo, I added a map of Southern France with Nice circled.  I tore the map out of my husband's old French textbook from college.  Dave and Emily are going to Spain and France in September. 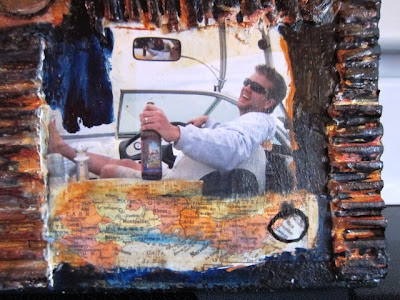 In another section I put a map with Barcelona, which is "Barcelone" in French. 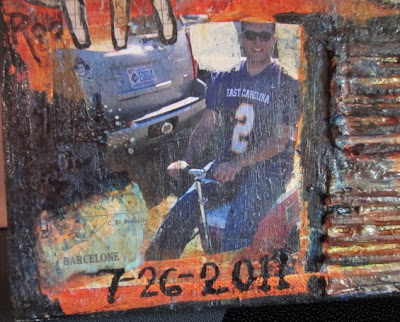 Over all the photos and ephemera are layers of acrylic paints and inks, matte medium, and some bronze spray mist.  This is actually a project from the book Collage for the Soul: Expressing Hopes and Dreams Through Art by Holly Harrison.
We had a pig-picking on Saturday evening.  Lots of Dave's friends came up to our mountain place.  We had a little tent city in our yard.  I think two more tents were added after this photo was taken. 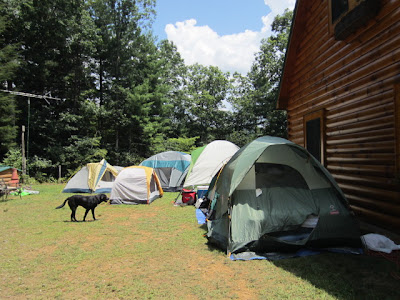 The weather was beautiful all Friday and most of Saturday, with a nice cooling breeze.  Two of the couples that usually float with us down the river on July 4th have new babies, and they were able to enjoy the outdoors on a quilt. 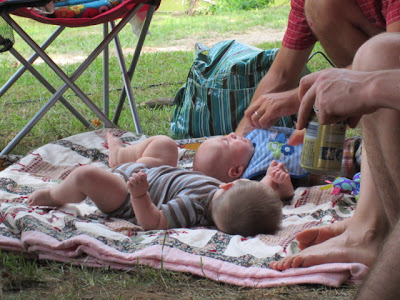 There was a wonderful bluegrass band called Buttermilk Creek.  They set up near the picnic shelter by the creek. 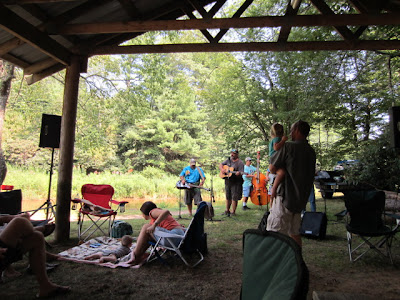 Charlie cooked the pig, which was smelling divine. 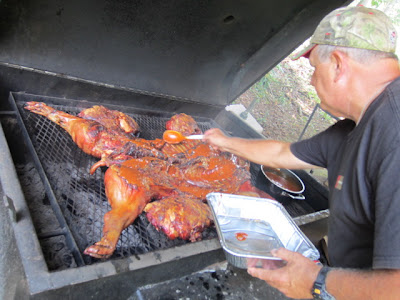 All the food was set up under the shelter.  Then the rains came.  The band moved under its own tent and played on. 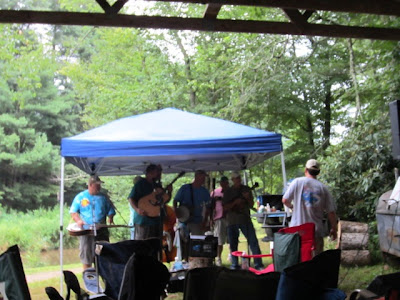 Then the rains REALLY came, as well as thunder and lightning.  The band abandoned their microphones and amps and moved under the shelter.  And still played on!  They were awesome. 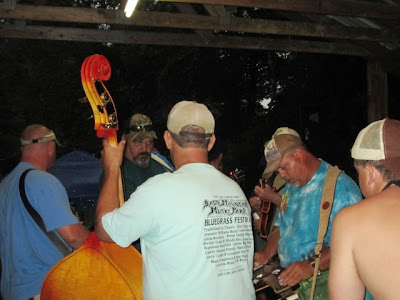 So, with everyone under the shelter, the crowd really got into it.  Everyone that did not have a sprained ankle was dancing!  It did my heart good to see my dad enjoying the party and even dancing a little.  He picked a pretty girl and had a great time! 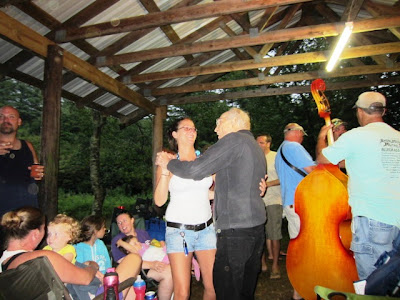 And then there was dancing from tables and hanging from rafters!  Those ECU girls know how to party! 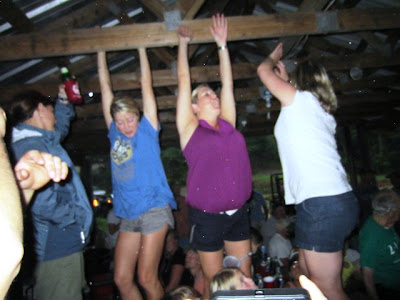 Everyone had fun.  No one's tent leaked.  We took Dave's dog  Roo home with us.  There were two sleepy dogs in the truck last night. 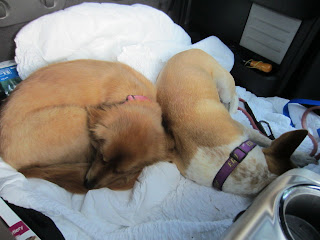 Charlie and I are pretty tired, too.  It was all worth it.  We had a great time.
Posted by Jeanne Turner McBrayer at 8:42 AM

You know how to have a great party! Very cool collage too.