A Peek at my Sketchbook 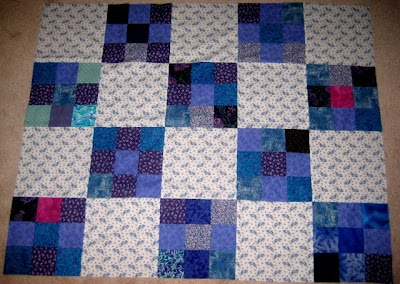 Yesterday, I finished the quilt top that I began at our bee sew-in on Thursday. It is ready to be quilted. That makes five of these waiting to be quilted. Guess I better get back on the horse and start some long-arm quilting.
I also put away lots of my new goodies from shopping expeditions. I am still working on my studio space, and came across a large watercolor paper pad that I have had since, oh, 1973. I decided to take it downstairs where I store some other watercolor paints and materials. Then I decided to paint some backgrounds on which I could try my two new stamps and ink pads.
When I opened the pad (this one is very large) I found it contained an old pencil sketch of a coleus plant. I got out my watercolor pencils and colored it in while the paper was dry, added a bright array of colors all around it, and then brushed with water. Watercolor pencil will blend nicely when you add water, but you don't have great control over the edges. I took a black extra-fine point marker and defined the leaf edges a bit. Then I stamped with my big text stamp and a big floral block stamp. This will probably be torn up and used as layers for a collage or mixed-media piece of some kind. Fun! 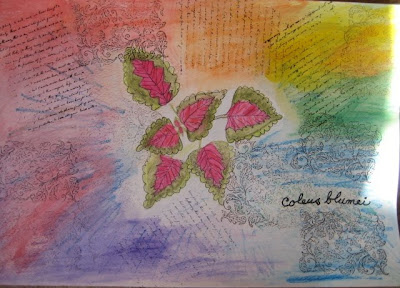 I also wanted to do something with the Creative Cue on Three Creative Studios. Each Sunday, they will post a word that is meant to inspire a drawing, painting, photo, art quilt, or whatever you want to create. The first week's cue was the word EAST. I decided to try to draw an eastern bluebird, one of my favorite birds. There are tons of cartoonish and stylized line drawings of bluebirds appearing everywhere you look, but I wanted to try a realistic drawing. But, obviously, did not know how. I don't even like the cartoonish one I produced. He looks like a barn owl crossed with a pigeon! 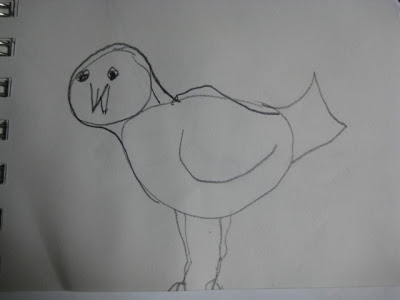 So, first I got out a pocket bird book to see the proportions of beak, head, body, wings, feathers, etc., and traced its outline. 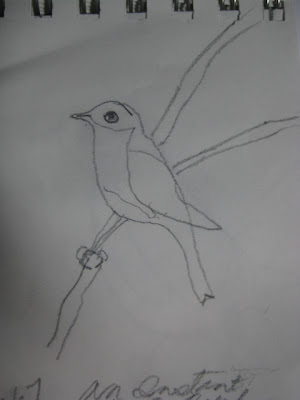 After that, I tried to draw one freehand. It was starting to look more like a bluebird...that had been dining on biscuits and gravy, apparently. More practice needed! 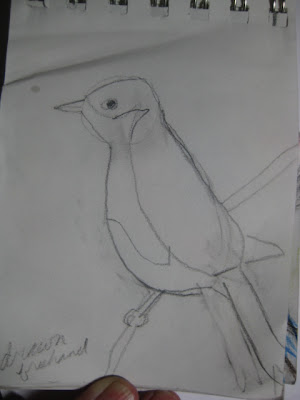 So, I googled some bluebird images and printed them, and attempted to draw them. The first one is a copy of the bird book illustration. I colored all the drawings with dry watercolor pencils while watching college basketball on TV. That was much more satisfying than watching my team blow a big lead and lose.
. 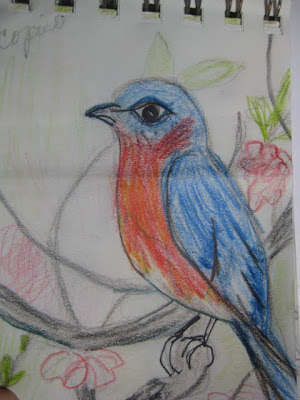 All the other drawings are from Googled images. No tracing, just looking at them and trying to copy. This is a good way to learn proportion and detail of a new subject matter, I think! 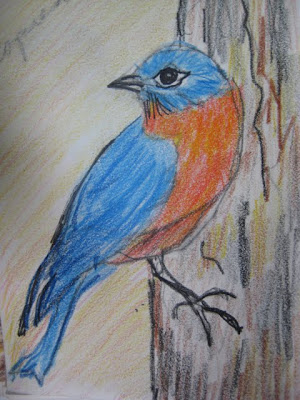 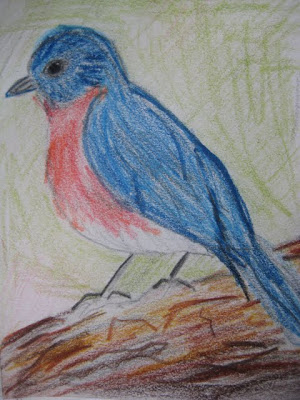 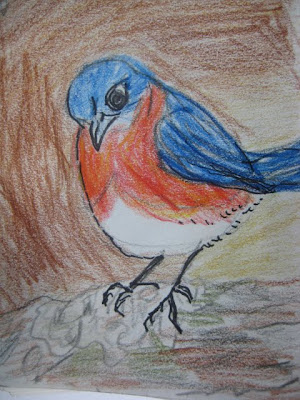 So, maybe I will draw or paint something original after practicing a bit. I really want to do some fabric art collage.
Posted by Jeanne Turner McBrayer at 10:11 PM

I love bluebirds and your drawings are wonderful. Thanks for participating in Creative Cue.