Return of the Kildeer

Brr- it is cold outside. Last weekend was shirtsleeve weather in the sixties. It snowed Monday and Tuesday nights, just enough to leave a dusting on the grass and roof. On Saturday, it is supposed to be 68 degrees again. Today is SO COLD- but beautiful outside with crystal blue skies. There were many birds scurrying around, including ones I rarely see at the house, like a towhee 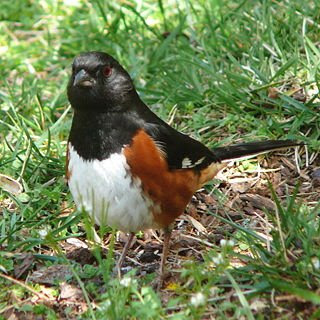 and a brown thrasher. http://www.birdsofoklahoma.net/archive/BrownThrasher0467.jpg 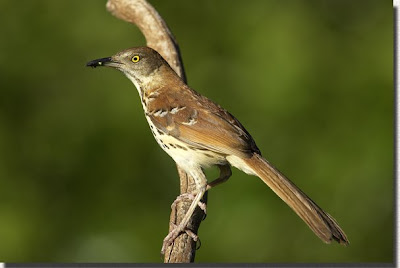 We have spring bulbs coming up and camellias trying to bloom on the warm days. Our seasons are so mixed up. With the small lake down the street frozen except for the mouth where the spring waters flow in, I saw Mr. and Mrs. Mallard Duck attempting to start their family. Now, really!

When we first moved into our house here in Wake Forest, it was a former farmland with only seventeen houses. (Now there are more than eighty.) We frequently saw all kinds of wildlife, including deer, fox, and owls. We also had a pair of killdeer. I had to look them up, as I did not know this bird. They have two black stripes on their neck and chest, reminding me of a North Carolina lighthouse.
Anyway, this pair decided to nest along the side of our gravel driveway. Clever of them in a way, because their speckled eggs looked just like the hard gray rocks in the drive. Not too smart of them with teenage drivers and riding mower operators in the household. I used to put stakes around the nests with red streamers to safeguard the nests. When I would walk to the mailbox, the adult birds would either do the "broken-wing" drag, or puff up their feathers and act scary to try to deter me.

I bet I had not seen the killdeer in twelve years, until the last couple of days. They have been checking out locations in the neighborhood, as I have seen them in three different neighbor's yards. Today I could not spot them, but just as I got to our house, I heard the distinct cry of the killdeer overhead. He landed right next to a ditch by the side of the road.

I'm glad they are back! Getting my nesting stakes ready in case they decide to live here again.

I was surprised to find many videos on YouTube documenting the protective acts of the killdeer.


Cool Facts from All About Birds

Posted by Jeanne Turner McBrayer at 11:05 AM

Very cool! Chris saw a Brown Thrasher here yesterday. The Pine Warbler is still around so it must still be too cold to complete his northern journey.

How'd you get that close to a towhee, Jeanne? We have them here pretty much year round, and I love watching them shuffling around in the leaves. Would you believe we've had a hummingbird peeking in our window lately?