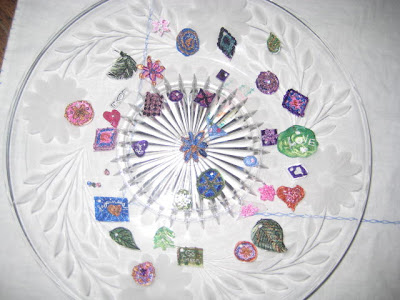 Yesterday I mentioned that I would be experimenting with Shrinky-Dinks. This is a type of film that you can decorate with heat-set paints, colored pencils, acrylics, or other media, then bake for a few minutes in the oven. I decided to paint with Lumiere paints, most of which have a metallic gleam. I just painted some basic shapes and embellished with dots and squiggles. The words were added with a silver pen. 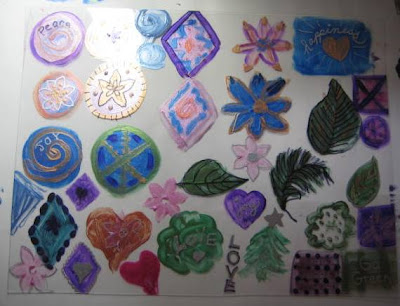 You cut them out and punch a hole prior to baking. For sewing down these charms, it would have been helpful to have two holes, or it just dangles.

Then, put them in the oven. I used a low temperature of about 200 degrees F, and look what happened! These are shown on the same size sheet as the originals. 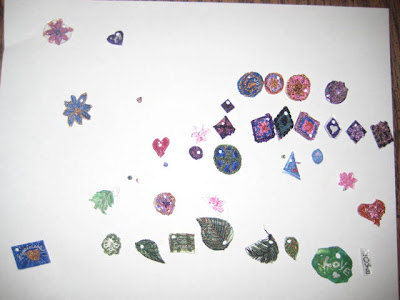 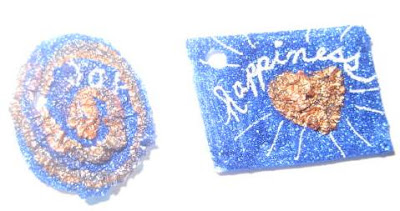 They come out like a hard, clear plastic. On mine, the paint kind of globbed in an interesting manner. The silver pen looked good for the text. I put some of the charms to immediate use on my works-in-project from last Wednesday. 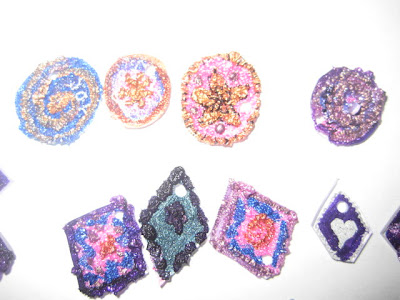 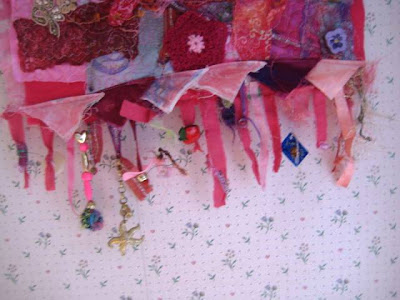 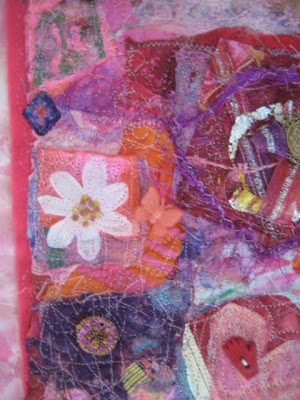 This piece is done except for adding some kind of label. I have just been calling it The Pink Artist Project. Will come up with something better.

Here is the other project from last Wednesday. It is the one with Textiva film on the center block. 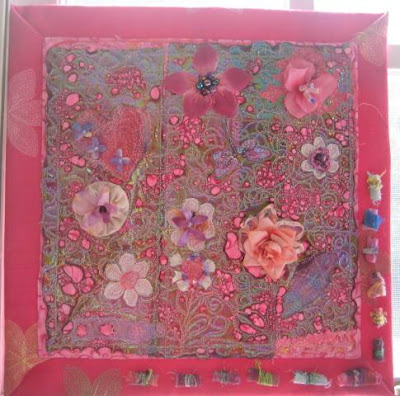 Last week I showed you the center block with some stuff sewed on, quilted and heat-blasted. Here is what the back of that block looked like after quilting. The base is a stiff interfacing like Timtex, with the pink fabric wrapped around it and mitered (sort of.) 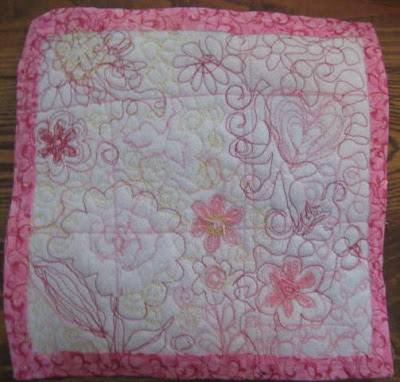 Now I have added the outer frame. After auditioning a lot of fabrics, I chose this embroidered pink linen-type fabric. It came from a skirt I bought at the Goodwill thrift shop and deconstructed. It has embroidered daisy-like flowers in gleaming threads. I like the look, but it was a mistake to have one of the embroidered parts at a corner. Hard to miter over all that thickness! 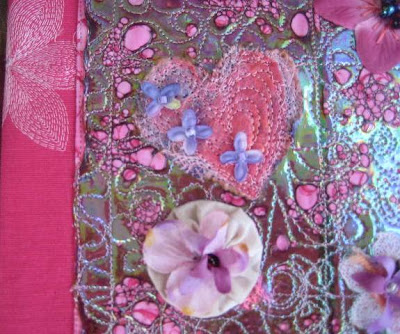 I added some beads and silk flowers and a yo-yo. The center piece is sewn on to a larger piece of Timtex covered with the linen fabric. Right now, it is only attached at the edge of the center block, and it needs to be anchored down with a few stitches through the center so it doesn't buckle out.

I have experimented with some of the drinking-straw fabric beads sewn to the outer border, but am still working on that. 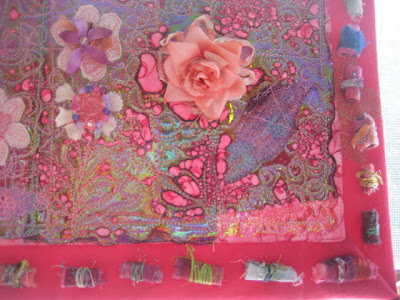 Posted by Jeanne Turner McBrayer at 7:48 AM

That looks like it was a lot of fun!

You have been having waaay too much fun!

I love your Textiva piece - it is absolutely stunning!!!!!