You know that awful Yoplait yogurt commercial with the female contortionist? Check out the way my grandson was sitting on the couch Saturday night. He has a future in commercials! 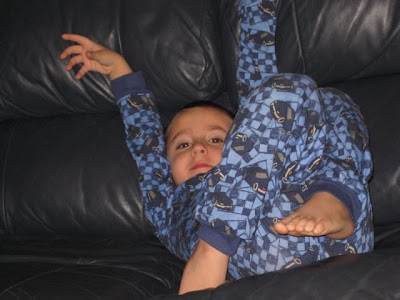 It was so great to have our family here this weekend. Dave and Emily were a huge help to me. Dave helped Charlie carry out some old furniture that I wanted to get rid of, and Emily helped me organize the quilting room where the old furniture used to live. Yippee!

The children keep us busy and are always up to something, but we miss them so much when they leave. Do you think my husband looks like a punk rocker in this photo? That's a magnolia leaf wreath on the door behind his head! 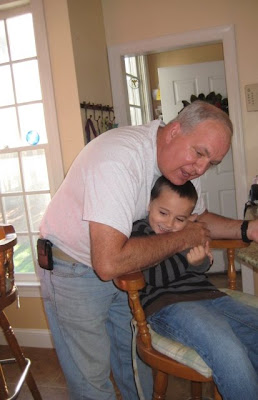 I took this picture of Lily right before they left. She was trying her best to get into the snow globe. She still has those huge eyes that earned her the nickname Lily-Bug when she was a baby. 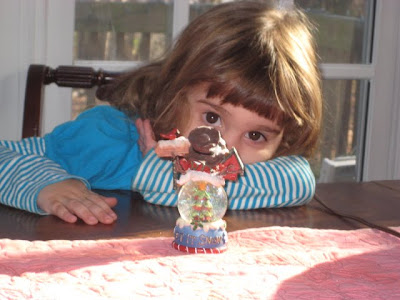 We decorated the tree while the kids were here. Only four broken ornaments---and it was Gigi, not the kids, who broke them all.

They will be back in two weeks. I will probably still be picking up Fruit Loops and M&M's off the floor until then!

Email ThisBlogThis!Share to TwitterShare to FacebookShare to Pinterest
Labels: family