Another Blog Prize- and Family Photos 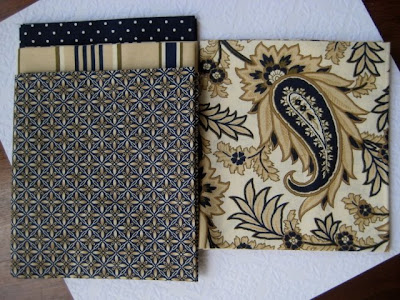 A couple of weeks ago, I enjoyed visiting some of the blogs of designers featured in the Quiltmaker's 100 Blocks. Several of the talented bloggers offered give-aways if you visited their sites when their blocks were featured. Lucky me, when I visited Janet's blog, named Chocolate is My Favorite Color, I was one of the winners! Here is the lovely selection of fabrics I received in the mail yesterday. It is from the Paisley line of fabric which Janet used in her block, named "Thoughtful Star." Thank you, Janet!
We have been enjoying Thanksgiving weekend at home with our family. Right now I have two handsome hunks in the kitchen making breakfast. Our older son wanted his Pop to teach him how to make his famous home-made Southern biscuits and gravy, an artery-clogging family favorite. Actually, Charlie switched over to Pillsbury frozen biscuits a few years ago, but he still remembers how to make the real thing. He used to watch his grandmother and my brother-in-law Kenny's grandmother, and practiced until he perfected the technique. It makes a huge mess in the kitchen with flour all over the place, but who cares? 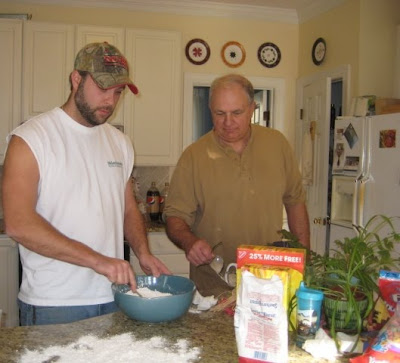 Avery has been playing on the floor surrounded by puzzles and building toys. I highly recommend Wedgits, a construction toy that even the fourth and fifth-grade students enjoyed when I taught elementary school the past two springs. Here he is, sitting in a sunbeam. 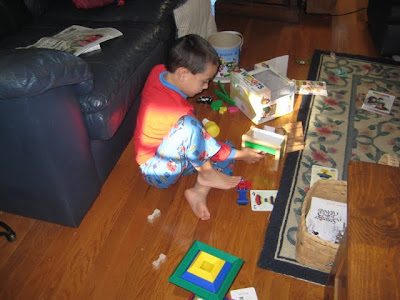 Here is Avery and Lily in a recent school picture. They are looking way too GROWN! 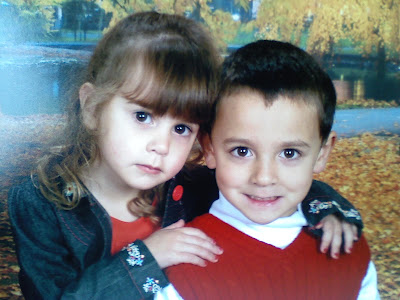 And here is a recent picture of three of my baby quilt recipients. They are my nephew Jason's daughter Lacy, my niece Melinda's daughter Ragen, and our friends Mike and Amy's daughter, Shelby. Those first two girls are definitely up to something! 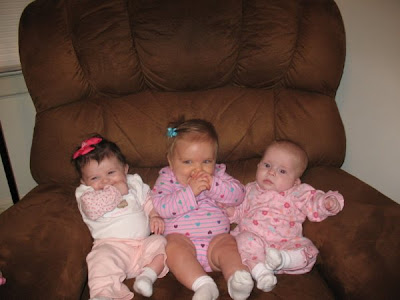 Today we are putting up our Christmas tree. The guys are outside trimming down the trunk. Charlie brought it back with him from the North Carolina mountains, along with wreaths and roping for the front porch. This should be a fun day!
Posted by Jeanne Turner McBrayer at 9:43 AM

There should be a pinup calendar called "Men in the Kitchen"! Those are some really cute kids!

Men in the Kitchen is a great idea for a pinup calendar.
I can't wait to submit the photos of my guys.