When the temperatures have been 85 degrees F for two days in a row, what is one to do?

How about work on a Christmas quilt?  Ho-ho-ho.  I finished one of several Christmas themed quilts today for my customer Teresa.  This one is in contemporary Christmas fabrics with red, gold, chartreuse, and turquoise colors. 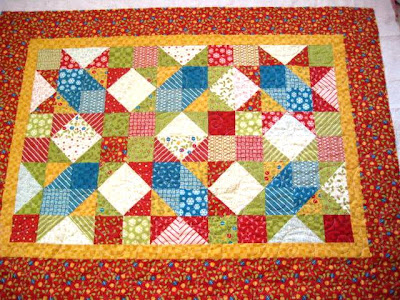 It's not that obvious, but there are six stars that make up the design...three red and three green.  Here is a red one. 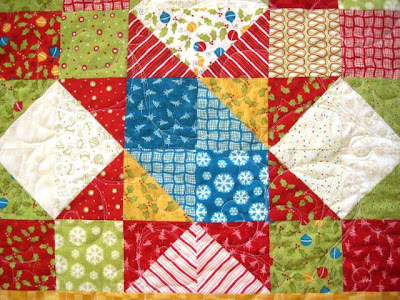 And here is one with green points.  Aren't those fun fabrics? 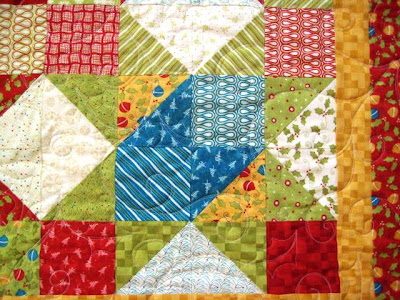 This one is a nap-size quilt, and I don't like those to be too closely quilted.  They should be soft and cuddly.

Some of the fabrics had ornaments with a coiled hanger, and there were lots of holly leaves.  That made my quilting design choice pretty easy. Holly leaves and curls. 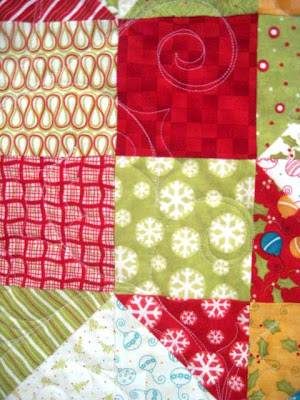 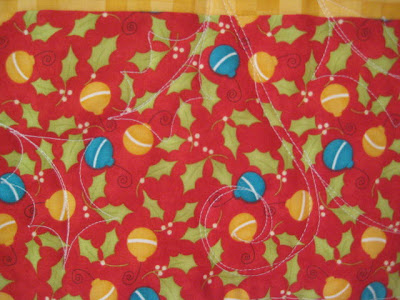 Okay, so I did not stay in and sew all day.  I have been trying to explore lots of nature trails and green ways in my area to keep Kasey and myself interested on our daily walks.  Today we headed to the Falls Lake Dam.  There is a fishing area just below the dam. 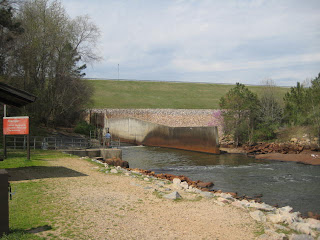 The bridge is part of the appropriately named Falls of the Neuse Road. 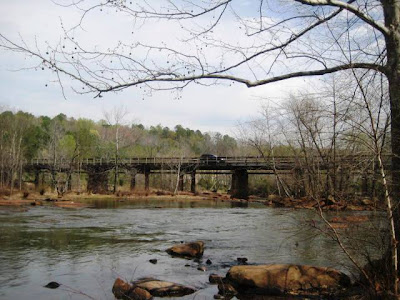 Falls Lake is the water reservoir for Raleigh, Wake Forest, and other surrounding areas.  It was formed by damming up the Neuse River.  I remember when it was being built.  Charlie and I took our little boys out there and watched the lake slowly filling in.

There is a nature trail above the dam race that we decided to explore.  Shortly beyond the dirt road is a footpath marked Mountains-to-Sea Trail. 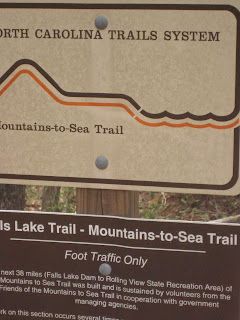 The trail was an easy walk through the woods.  We came across a large granite rock outcropping that I know my grand-kids would enjoy playing on. 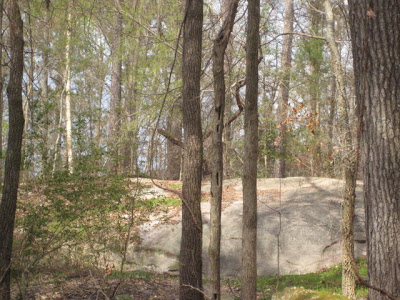 The spring violets were in bloom. 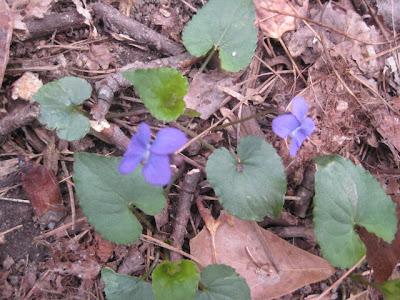 We eventually got our first glimpse of the lake from the trail as we entered the Falls Lake Visitors Area. 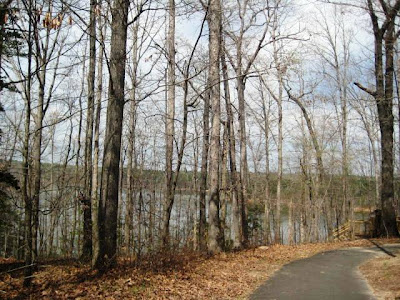 I did not know there was such a building. 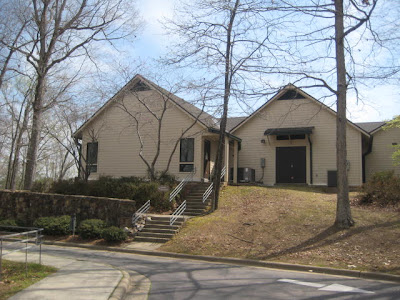 I did not go in because I had my dog with me.  I know where our next excursion will be.  There is a trail down to the lake from the visitor center that is waiting for us.  Aren't the redbud trees looking pretty? 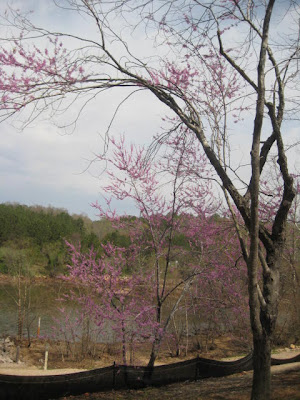 While we were near the visitor center, a large raptor bird swooped down near us and landed in a tree.  I was trying to decide if it was an eagle, an osprey, or a red-tailed hawk.  All are residents of the lake area.  A lady came walking over to me excitedly saying, "Oh, I see a golden!"  I thought she meant a golden eagle.
Nope.
She was talking about this little golden! 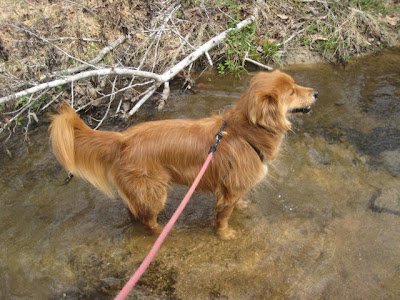 Turns out, she is one of the "foster mothers" in the Neuse River Golden Retriever Rescue group.  We were invited to their April Golden Retriever Re-Union at the lake, even though I did not adopt Kasey through their group.  Nice to make new friends!
Yesterday we were back at the green way behind Heritage.  It is becoming commonplace to see one or more of these beauties lurking in the wetlands or woods. (Squint a little and you might see a deer silhouette near the center.) 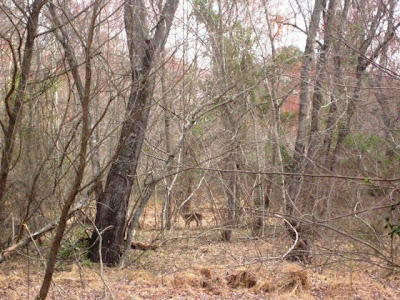 Kasey was very interested in this very large bull that was close to the electric fence at the farm on the Wake Forest end of the green way. 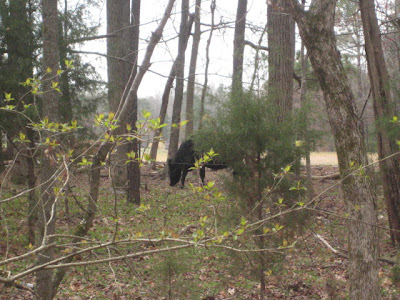 That was one close encounter that I did not wish to pursue!
Posted by Jeanne Turner McBrayer at 6:30 PM

Lovely place for a walk!

On the weekend, while we stood on the porch discussing the next step in our reno, a huge red-shouldered hawk landed in the yard about 15 feet from us. It was so beautiful it took our breath away!