Today is March 3, celebrated in Japan as the day of the Doll's Festival, Hina Matsuri.  How would I know?
I mentioned yesterday that there is a heavy Japanese influence in the Hawaiian culture.  The Waikoloa Hilton had a glass display case in the main lobby with a gorgeous collection of ﻿Japanese dolls.  They had scheduled a celebration at the Japanese restaurant at the resort today. 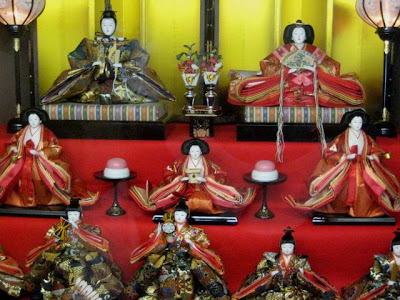 From Wikipedia:  Also known as Girls' Day, on March 3 platforms are covered with a red carpet and are used to display a set of ornamental dolls (雛人形, hina-ningyō?) representing the Emperor, Empress, attendants, and musicians in traditional court dress of the Heian period. 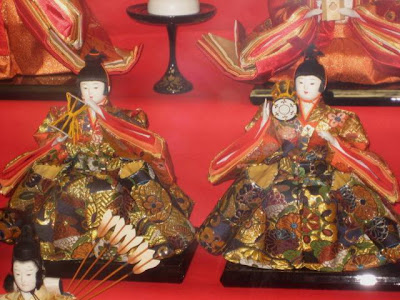 The custom began in ancient times with the belief that the sickness or ill fortunes could be transferred to paper dolls.  The dolls were set afloat on a boat and set out to sea, supposedly taking the "bad spirits" with them.  Obviously the tradition has changed, as these dolls are exquisitely made and dressed. 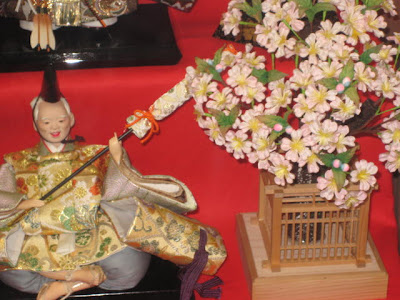 Families generally start to display the dolls in February and take them down immediately after the festival. Superstition says that leaving the dolls past March 4 will result in a late marriage for the daughter. 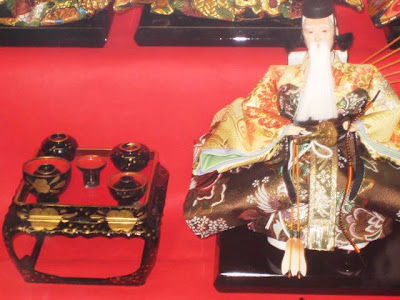 According to a sign at the resort, the collection is added to each year.  Apparently the dolls also need tea sets and transportation. 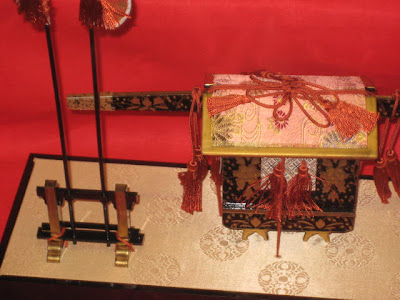 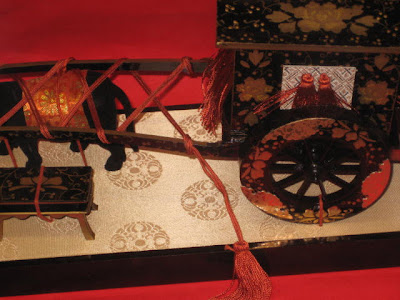 I was very impressed with the detail in these miniature creations.  Also, it is good to know that the Japanese culture values their daughters!
We did not eat at the Japanese restaurant, Imari, but I often stopped along the walkway to admire their koi pond. 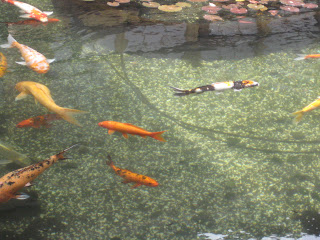 ﻿
You might like to see some of the other Asian-influenced art at the resort.  I am sorry that I do not know the countries of origin.  Most of the statues on the grounds had no identifying information.
This cool dragon is reflected in the water of the canal in which the shuttle boats transport guests around the resort. 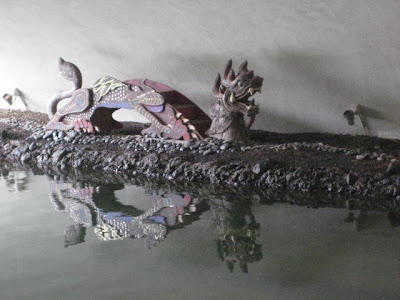 The resort is basically built around a cove, with two points that jut out into the sea.  On the right is Buddha Point, a grassy area where we enjoyed the sea breezes and sunsets.  So, I am assuming this must be a statue of Buddha, although he does not resemble the grinning, fat-bellied Buddha often portrayed.  At sunset, there is a tiki-torch-lighting ceremony at the resort.  A runner starts at one end of the resort and runs barefoot all the way to the other end at Buddha Point, blowing a conch shell at the beginning and end of the run. 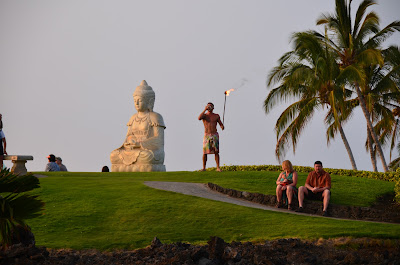 In addition to being a great location for watching the sunset, 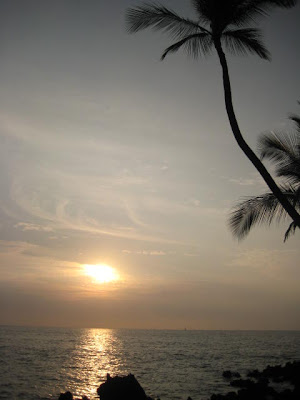 Buddha Point is a great spot to observe humpback whales.  I was so excited whenever I spotted a spout or whale flukes in the water! 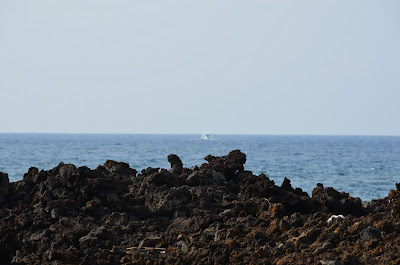 Okay, here are a few more statues on the grounds.  I really enjoyed seeing them in unexpected places.  Often they brought smiles to our faces! 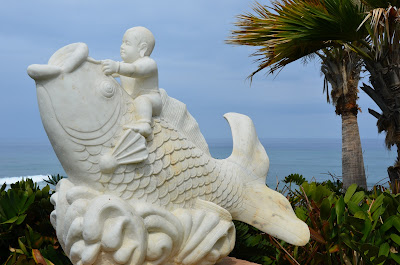 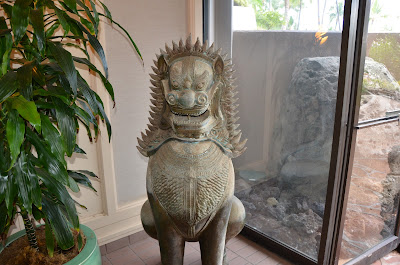 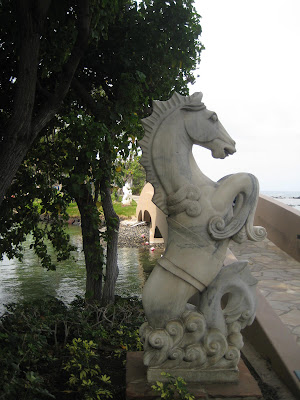 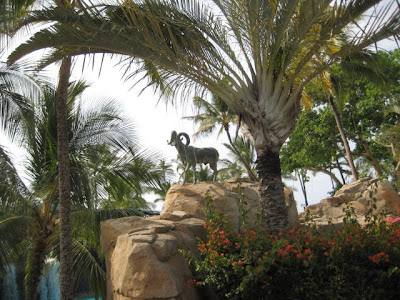 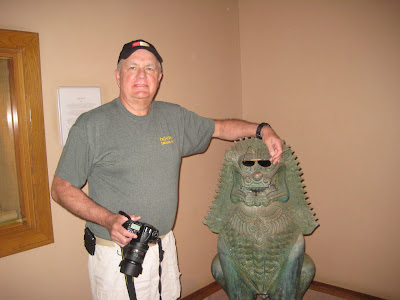 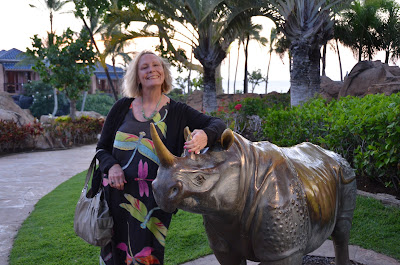 Posted by Jeanne Turner McBrayer at 9:41 AM

The details on each of the Japanese dolls are remarkable. They're so elaborate. Another thing's that they're almost life-like. From the doll's traditional dresses to the objects like tea sets, they're really admirable.

That's quite a nice resort you've stayed at.