Yesterday was quite a day!  Let's just say, nothing went smoothly,  but at the end of the day, we had a cabin! 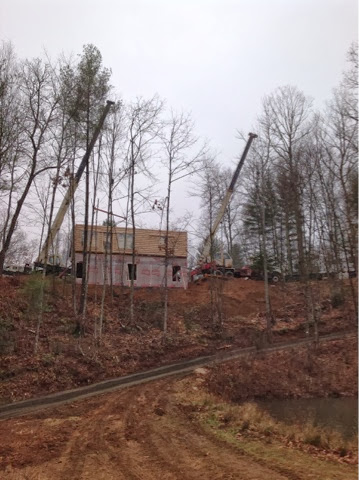 Many of the delays were due to our steep driveway which had gotten very muddy from recent rains and all the heavy vehicles on it recently.  First, one of the worker's trucks was stuck in the driveway.  Along came uncle Gary with his bulldozer to pull him out.  Then fourteen people from the log cabin team stood around and watched while Gary prepped the site for the two cranes.

Then, the cranes arrived, and got stuck both at the bottom and top of the driveway! 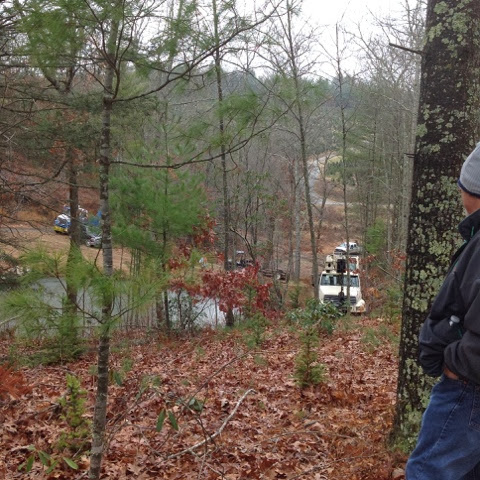 They backed down and refused to come up until we had some loads of gravel delivered.  It was very frustrating!  All these guys standing around, and nothing getting done! 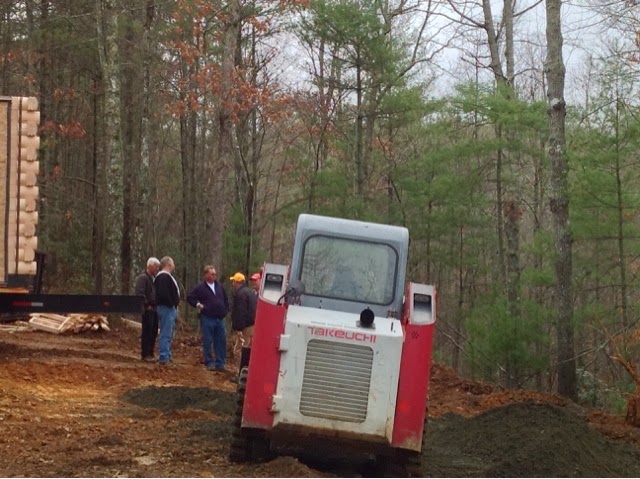 Finally we got not two,  but four loads of gravel delivered, and the cranes roared up the hill. 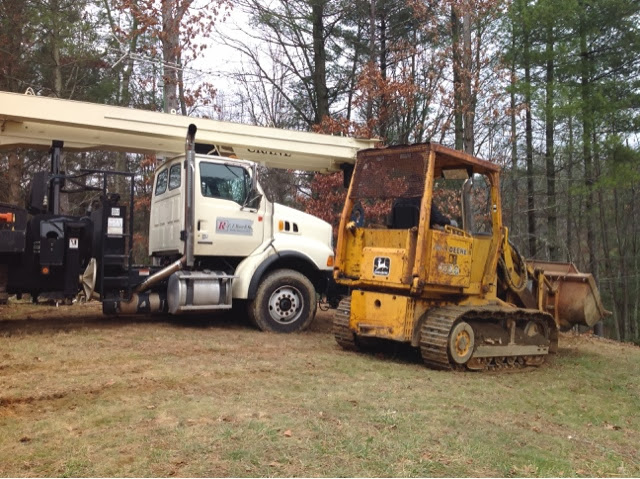 It took awhile to get them in place.  But finally, they lifted the first half of the house. 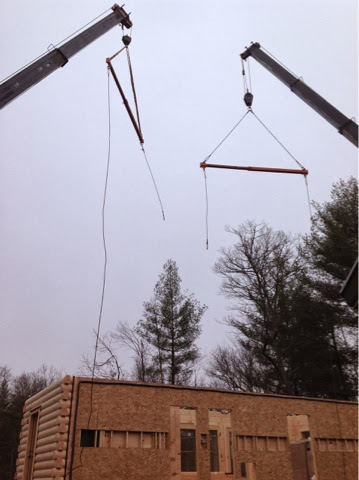 It was so exciting! 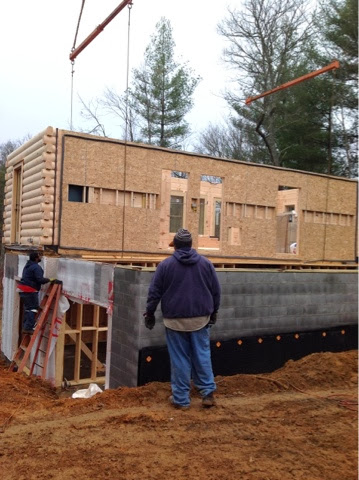 It was nerve-wracking to have Gary back the house with his bulldozer within inches of our current building. 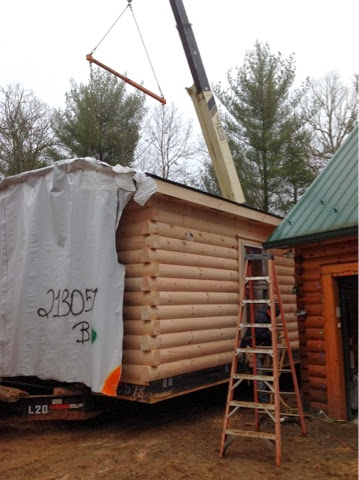 But the second half went into place! 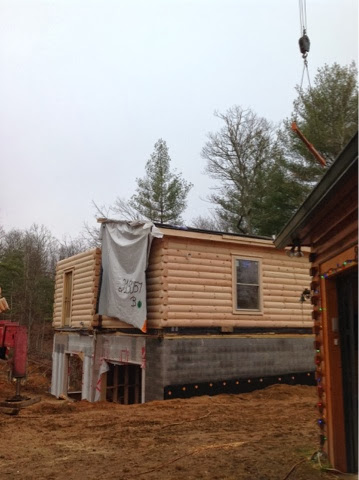 The next setback was our roof.  Half of the cabin has a cathedral ceiling, and the roof was already constructed and on a separate truck.  The truck had an accident coming up the hill in North Wilkesboro.  One of the beams to support the roof got broken.  Even worse, weather again played a role.  Fog set in down the mountain.  The highway patrolman who investigated the accident would not let the oversized-load truck proceed.  So, at the end of the day, they were wrapping the open half of our new home in plastic.

We had to come back to Raleigh, so we decided to go home a different route and visit our roof on the way.  I know, silly, but we wanted to see where it was, and if it was being guarded for security.

Lo and behold, we passed our roof heading our way on Highway 88!

My sister who lives up there has already said the weather is clear, so I guess they will get the roof on today, and start doing some of the finishing tasks.  They are also going to build some decks, porches, and walkways.  We can't wait to go back and see it!

Posted by Jeanne Turner McBrayer at 9:04 AM