Out of my Slump

Anyway, after years of teaching school no matter how bad I felt, (because it's easier than planning for and dealing with the after-effects of a substitute) I went about my normal activities, but nothing creative.  No sewing, quilting, painting, or even a doodle.  I just didn't feel like it.

Today I decided that my projects were not going to magically get done by themselves.  I fired up the longarm and got a couple things marked off the list.

First were the pillow shams to match the white spring quilt I finished for Marge about a month ago.  I mounted them both on the machine at the same time on a piece of muslin. 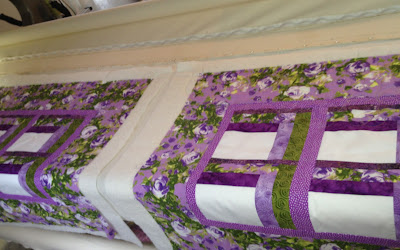 The only disadvantage to this method is that you can't clamp each side of the pieces.  That's okay.  I went ahead and basted all around each sham as I went and they came out fine. 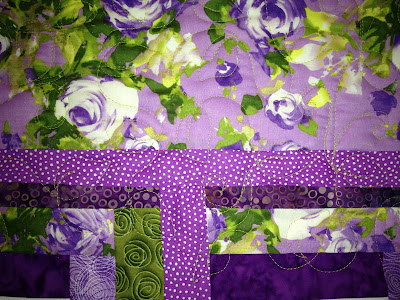 Next was a charity top that I promised to quilt for my bee member, Irene, at our February meeting when she gave it to me.  ﻿It was definitely past time to get it done.  It was a Warm Wishes pattern in soft pastel florals and baby fabrics.  My first thought was to use a dark pink thread, so I rummaged through my drawer and came up with this Victorian Rose shade. 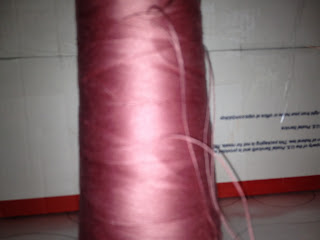 Do you notice anything wrong with this spool?  Yes, it appears to have at least three different thread ends.  What in the world?  I wound off the thread until it appeared to be back to normal.  Then I tried winding a bobbin. 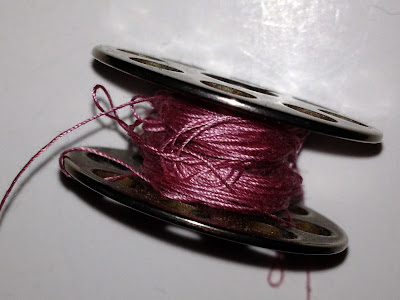 Nope, not going to work!  Seriously problematic!  That cone is going in the trash.

Fortunately, the quilting went just fine with a nice new blue thread.  I did Fantasy Freehand Flowers all over. 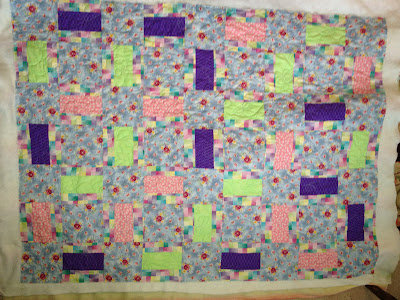 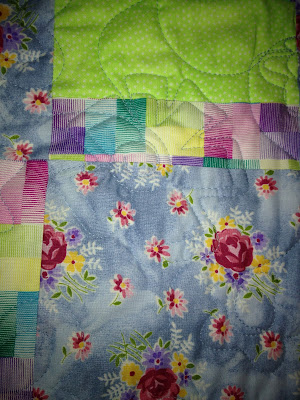 The quilting looks nice on the rainbow-striped backing. 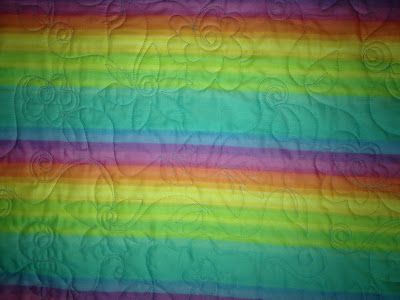 It has rained all day today, but here is a sure sign of spring.  A pair of Canada geese has moved into one of the ponds on my street, and are raising a brood of goslings.  Several times I have seen them outside of the fence and perilously close to the traffic on the street.  ﻿ 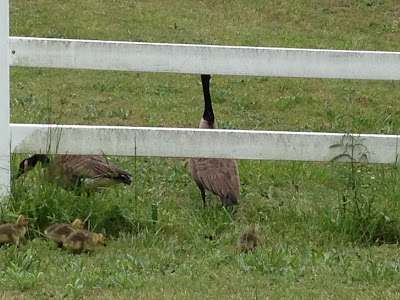 Please, Mother Goose and Father Goose, keep those babies back in the pond and out of harm's way!

There are geese Everywhere! They don't seem to care how busy the road is they are leading their brood across.