A couple of weeks ago, a handsome young man asked if I could repair his high school graduation quilt that I gave him in 2008.  He said he loved it, but was afraid it would be ruined if the "edge" was not fixed up. Here is the post about it and the photo of the quilting.  I used the Yellow Brick Road pattern by Atkinson Designs.

I was hoping he did not mean it had been chewed up by his dog!

When I got it back, the whole quilt was soft and cuddly...and the double-fold binding had totally worn off at the edge, and in some areas, at the seam. 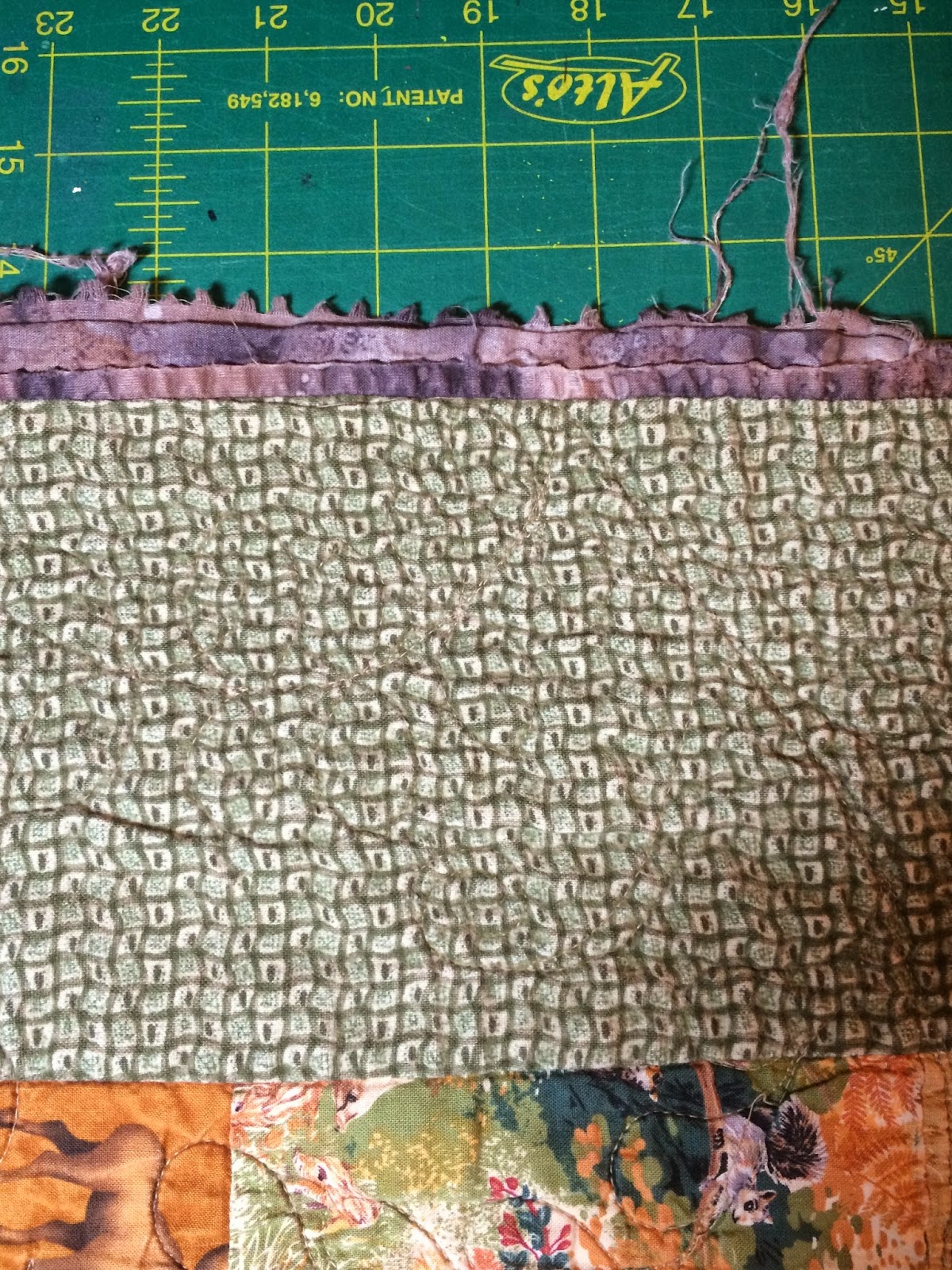 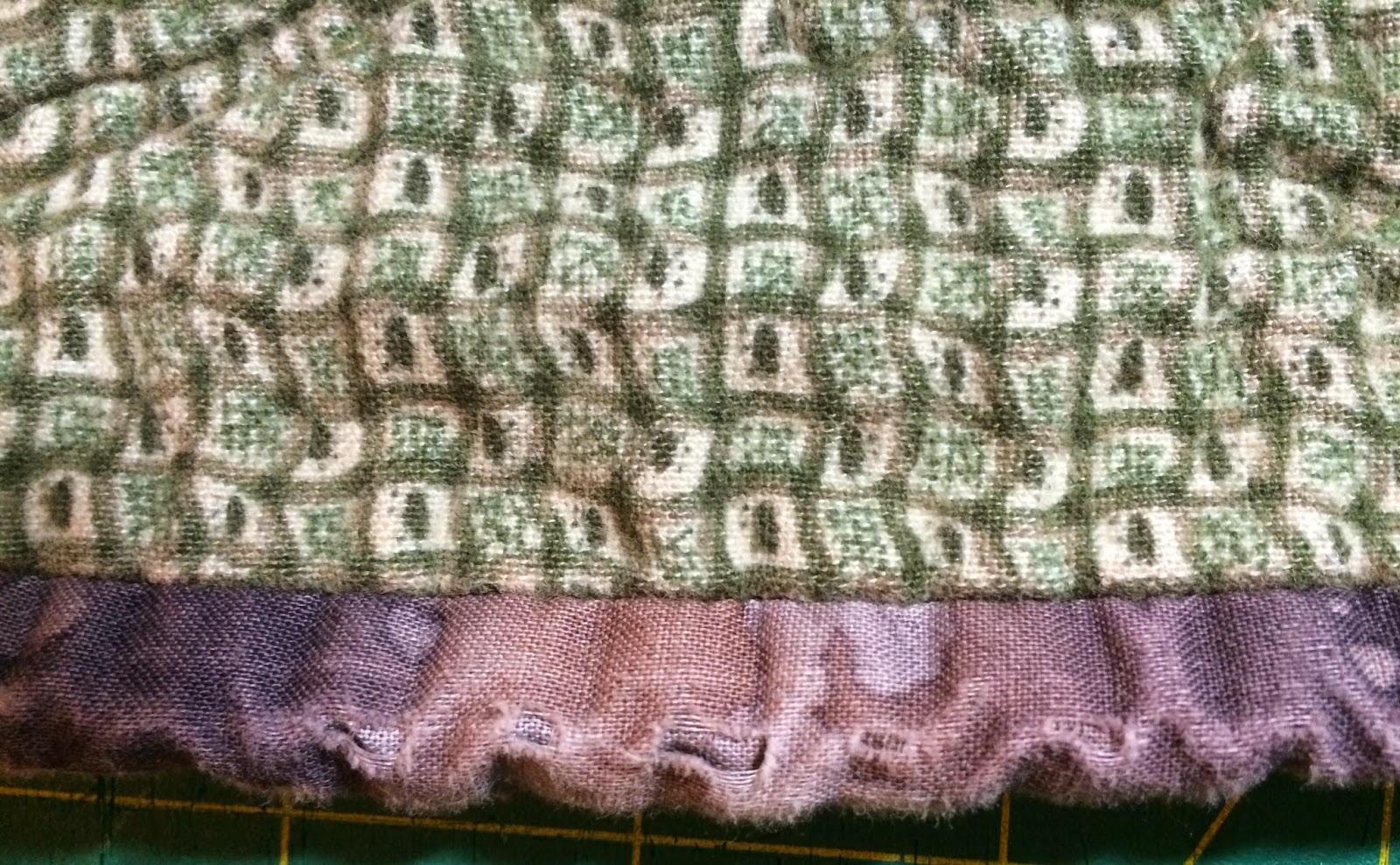 Instead of picking out the stitches from the old binding, I opted to just lay my ruler along the old seam and cut the binding off with a rotary cutter. 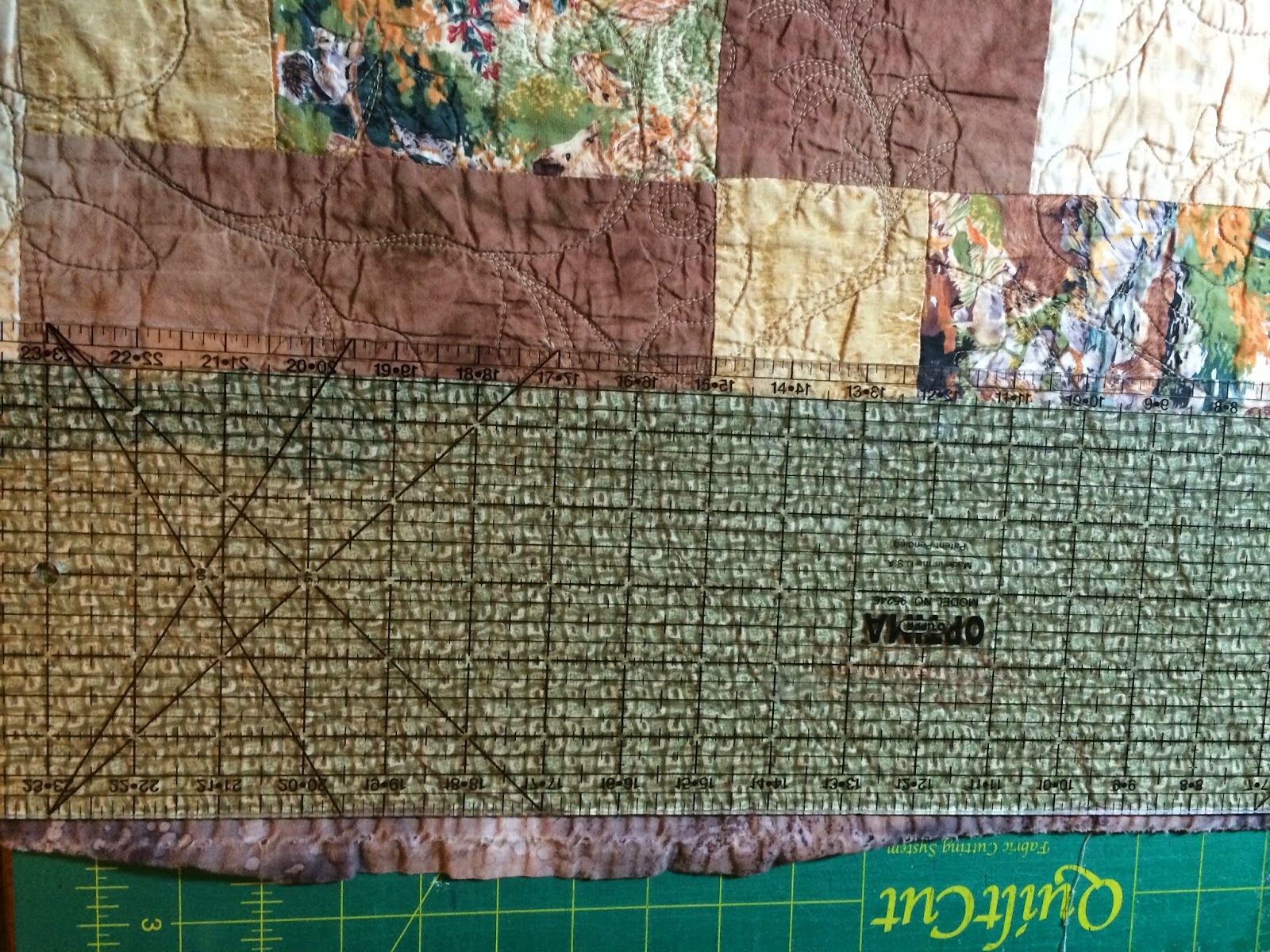 In order to strengthen the edge of the quilt as well as the binding, I sewed the new one to the back of the quilt by machine, and then zigzagged it to the front. 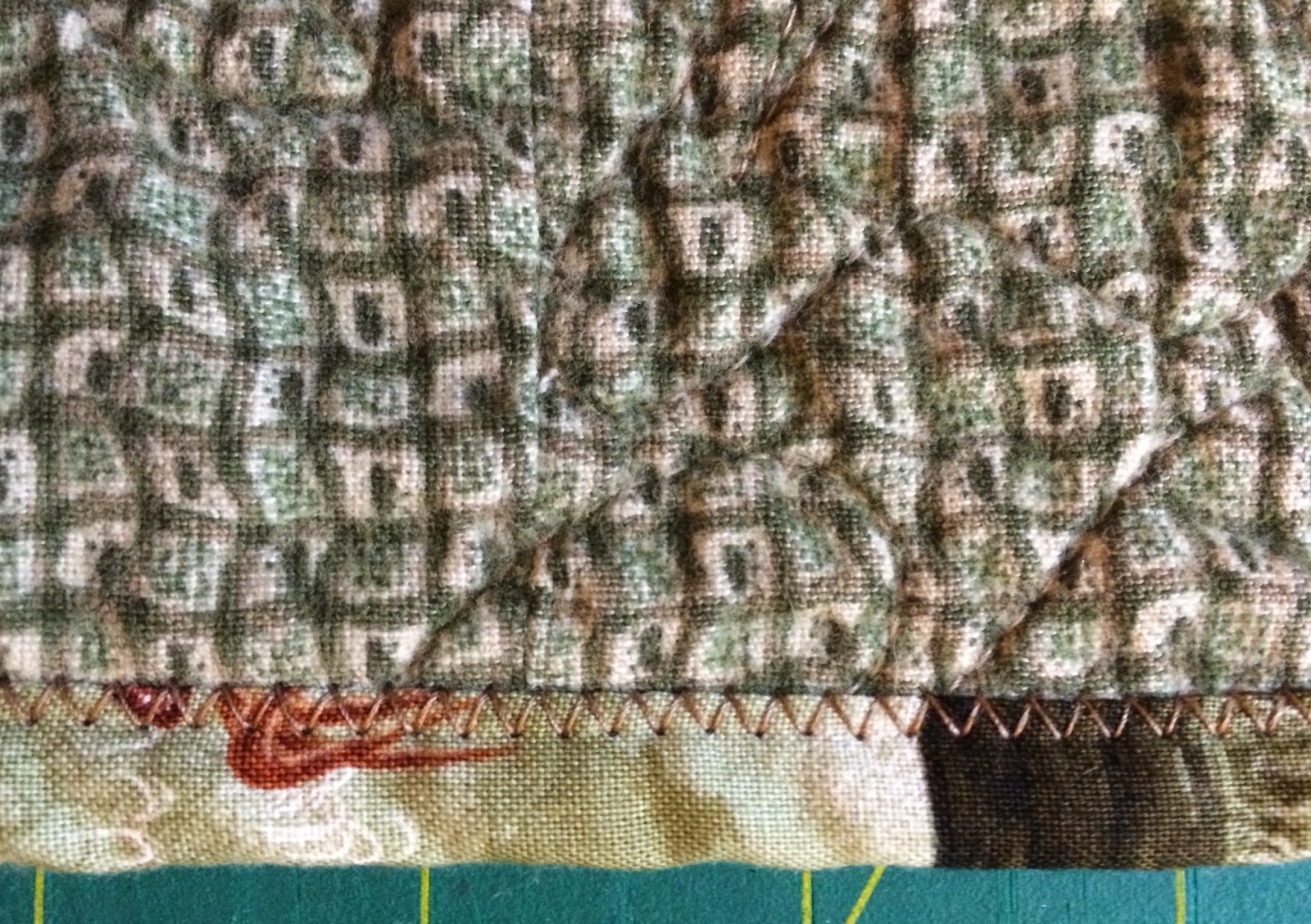 As you can see, the old label was completely faded away.  I usually use Pigma Micron pens and heat-set with an iron, but I guess it does not stand up to repeated washing over the years. 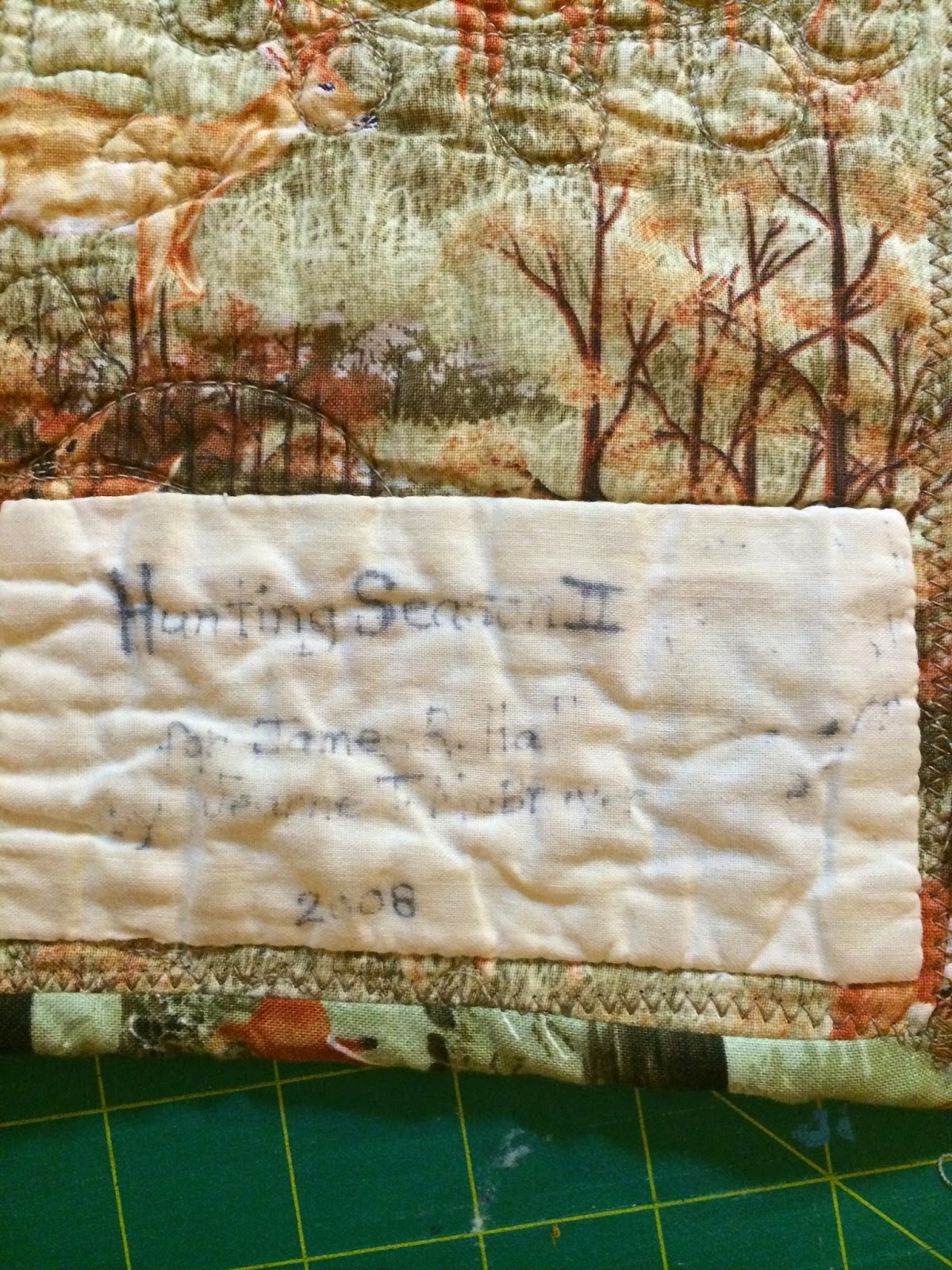 So, I made a new label and was sure to heat-set for at least one whole minute. 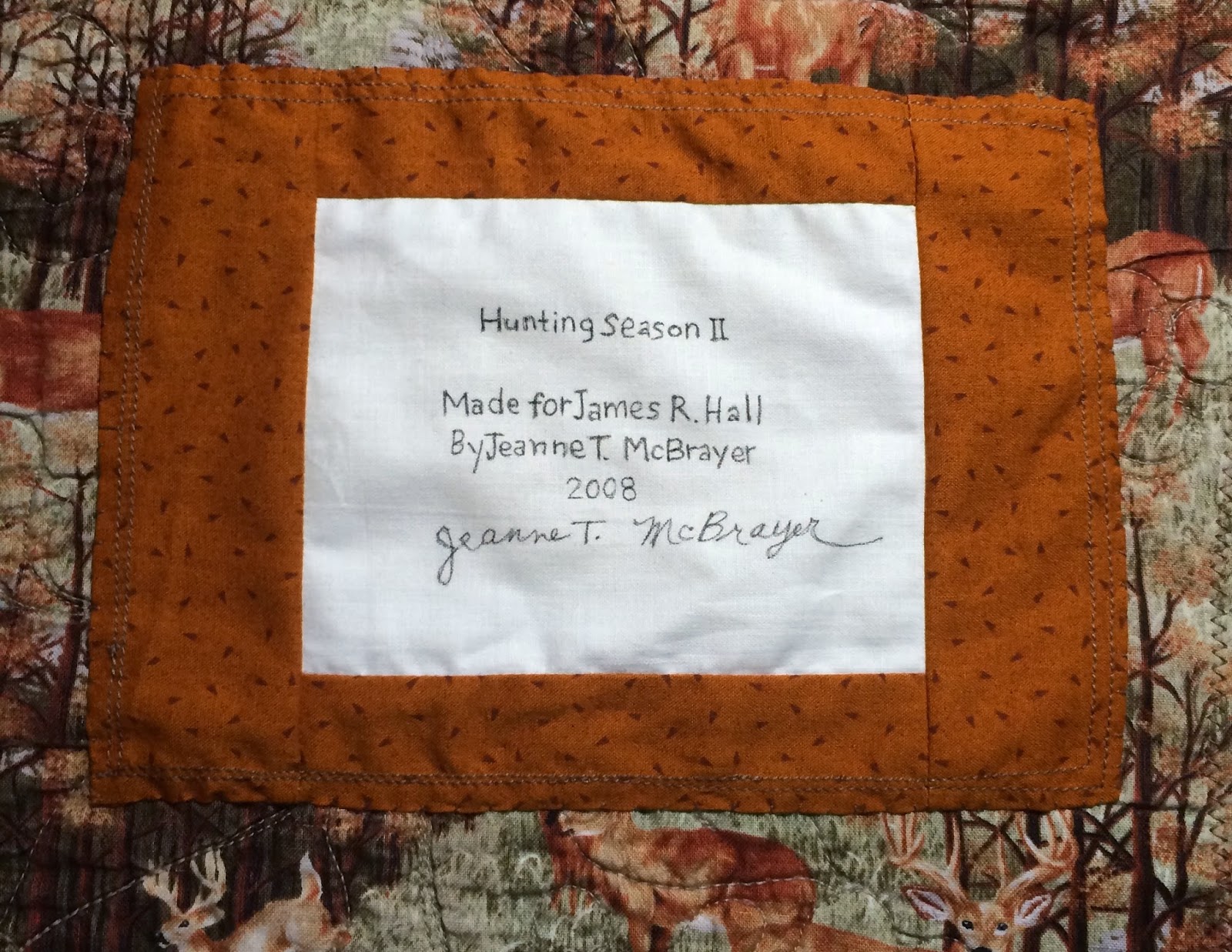 The old quilt now has a new look thanks to the striped-effect fabric that I found in the same box of fabrics as the original quilt. 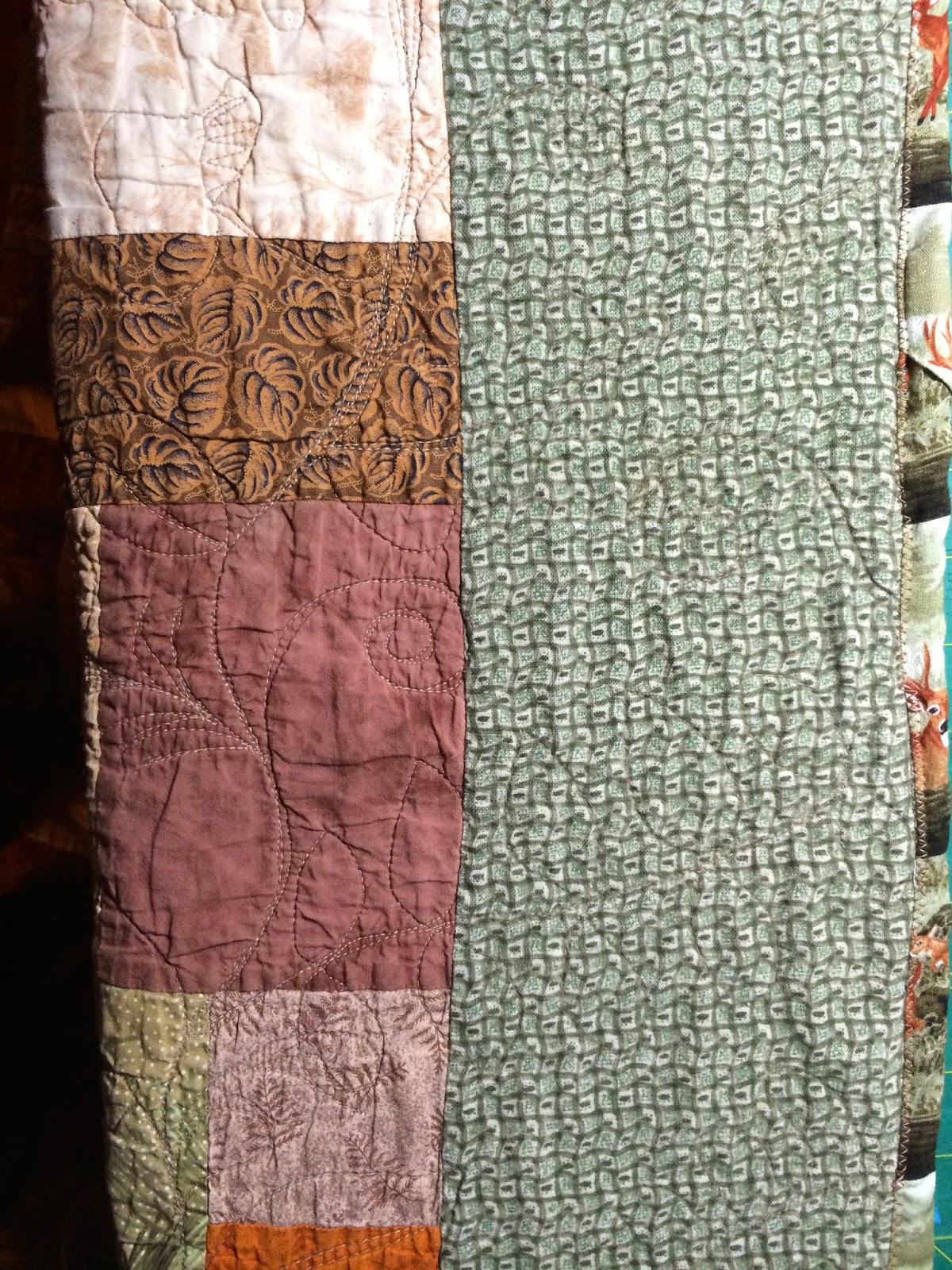 Now it is ready to return to its owner...maybe with a jar of a gentle quilt soap? 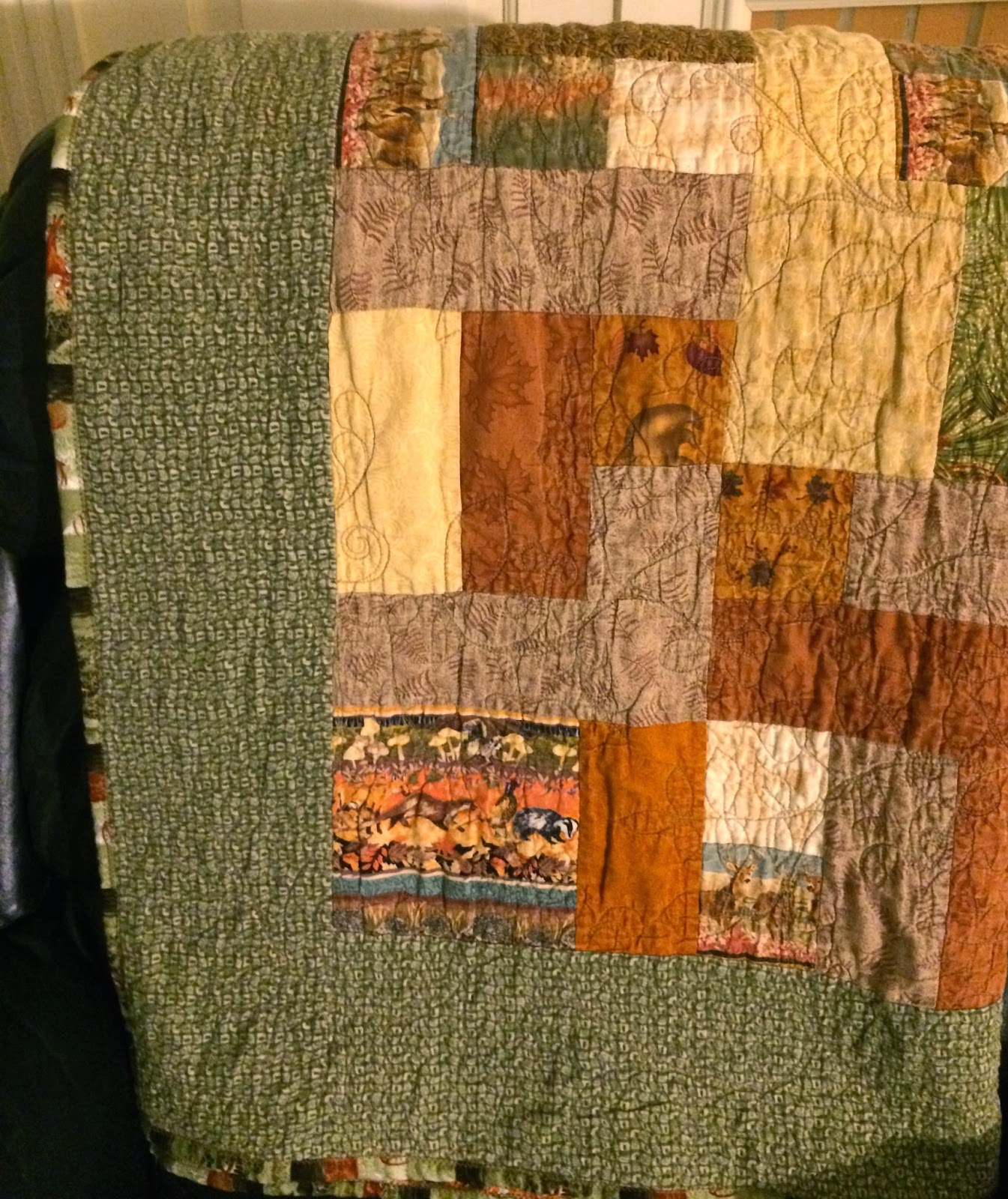