More Quilts from the Mid-Atlantic

Let's look at some more quilts from the Mid-Atlantic Quilt Festival in Hampton Roads, Virginia.


The first one here is certainly eye-catching in shape, color, and embellishment.  It is part of the special exhibit from the 54-40 African American Quilt Guild, made by Delilah Armstrong. 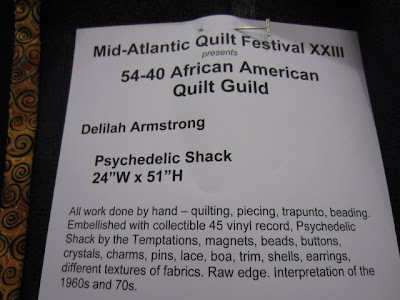 Ever wondered how to attach a 45 rpm record? 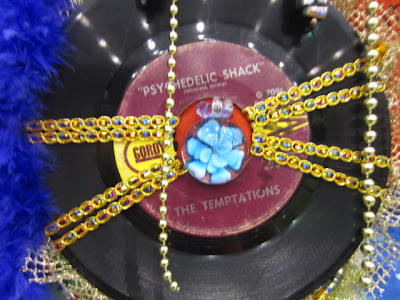 There was so much texture and fun things on the surface of this quilt that it was really a pleasure to view up close. 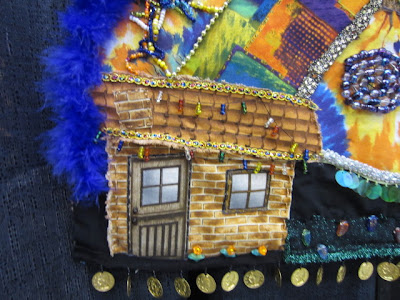 The next quilt is more traditional, but very pleasing in the color palette.  I can't locate the maker's name, but will add it in if I find it. 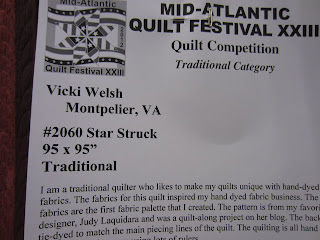 Lots of intricate quilting adds to the pleasure in viewing this quilt. 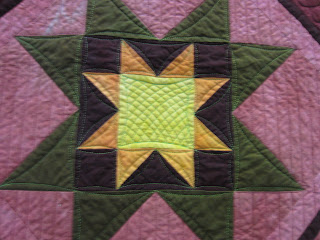 Here is a gorgeous quilt that was a big prize-winner.  The red  and pink flowers on the gradient of whites, grays, and blacks is most unusual and spectacular in graphic appeal.  It won second place in the Traditional category. 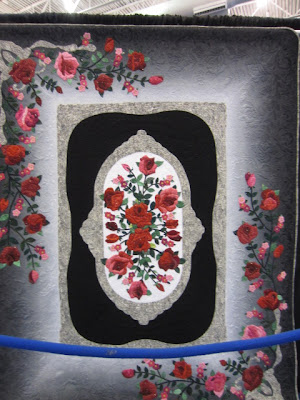 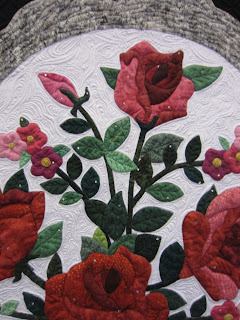 Let's take a look at some of the garments that were not part of the Hoffman Challenge, but were regular entries in the festival.
﻿﻿﻿﻿﻿﻿﻿﻿﻿﻿﻿﻿ ﻿

I was captivated by the glowing desert scene depicted on this jacket. 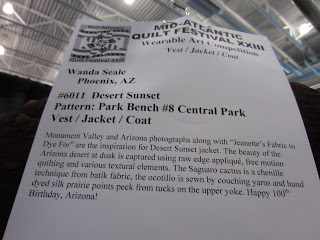 For bling-bling, you just can't beat this little red number that is literally covered in Swarovski crystals.  It was made for a daughter's equestrienne costume. 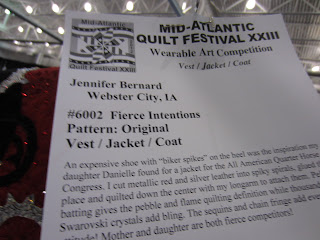 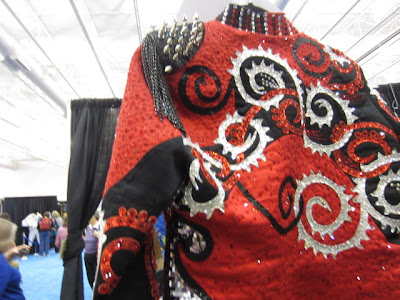 I thought this colorful vest was very artsy and attractive. 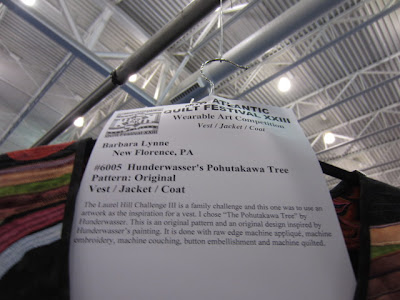 The back is even more fabulous. 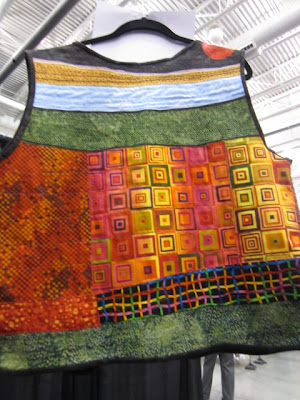 ﻿
﻿My art bee friend, Roberta Morgan, had two entries in the Wearable competition in the show.  Way to go, Roberta!

Now if only we could stumble upon each other at one of these shows! lol! I am going to Charlotte in June (1 - 3) to see Wanda Hansen's quilt exhibit at her daughter's gallery. You should come too!