Some Finished Projects- and Animals of Hawaii

I have slowly  been getting back into quilting gear after my vacation in Hawaii.  Here are some projects to show you.

First up is a charity quilt that I quilted for the Capital Quilters' Guild of Raleigh.  It will be a wheelchair quilt.  The maker took a piece of what we call "cheater cloth,"  because it looks like patchwork but is just a print.  She added a narrow plaid inner border and two outer borders.  When quilted, it is difficult to tell that it is not actually pieced and appliqued. 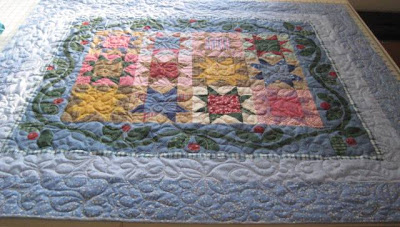 I used a good blender thread in a khaki color called Baguette by Signature.  This is free-motion quilting with a few bunches of cherries here and there. 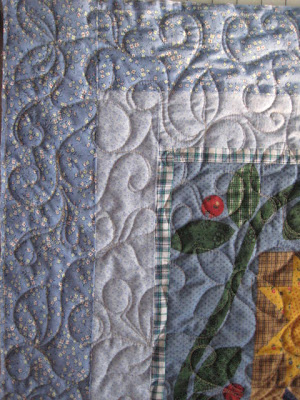 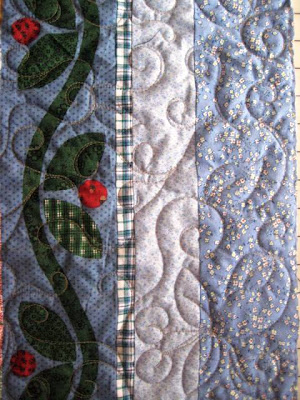 The backing is a pale blue solid, but this is one of the ones that I had to extend with a strip of my own fabric to make it large enough to mount on the long-arm machine. 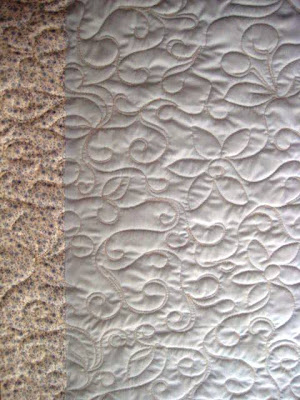 Today I finished a quilt that I thought I had almost finished before I left for Hawaii.  It was made by Tonya May, a blogger who I met at the Carolina Longarm Quilt Show back in September.  I picked up her quilt top in North Wilkesboro at a grocery store parking lot!

Tonya loves turtles, and this cute quilt has pieced turtles.  The head is pointed to the right corner.  Can you see it? 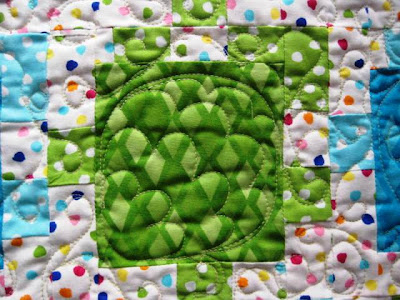 I had fun stitching the shells with various designs. 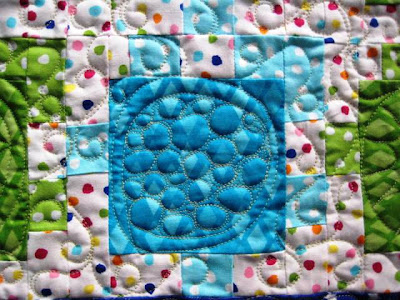 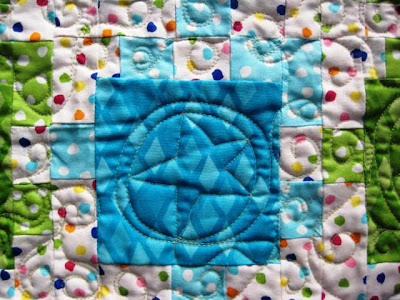 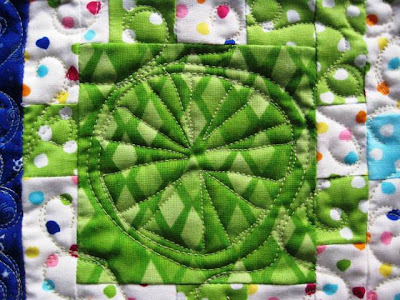 Here are the borders. 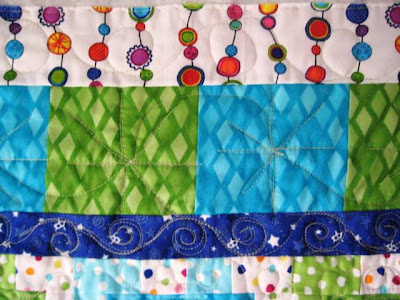 The backing is a turquoise polka-dot print. The thread is a Signature cotton in a new yellow-green shade called "Bamboo." 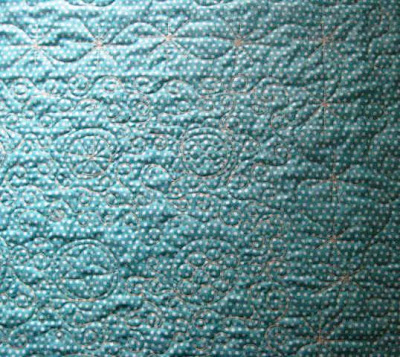 This quilt was really fun to work on!  I'll get it back to Tonya on our next trip to the mountains in a week or so.
On the subject of turtles, we actually were swimming with sea turtles or "honu" in Hawaii.  The resort has a "lagoon" with real sea water and sea creatures.  The water was so clear that you could see the fish without a snorkel.  Did not like seeing the eels swimming around, but was thrilled to swim along with sea turtles.  When we visited a black sand beach, there was one lying near the waves, not moving.  Charlie thought it was dead or dying, but I found a sign that said the turtles would come out of the Pacific to "rest" on the beaches. 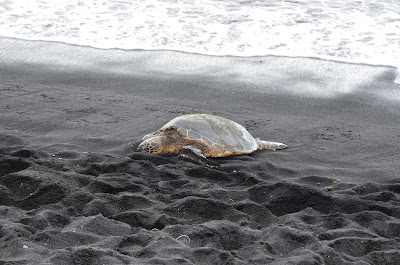 We spotted another one doing the same thing just below the bridge over the lagoon at the resort. 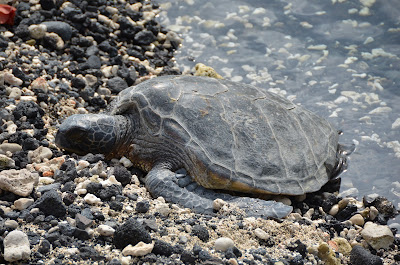 I was standing in the shallow water, peering through the crystal-clear water at the fish, when a sea turtle went swimming right past me, about two feet away!
In addition to the sea creatures, myna birds and doves at the resort, there were feral cats and, of all things, ferrets at the resort!  The ferrets were imported to Hawaii to keep out snakes, I believe.  We noticed them the first morning from our lanai as they skittered in and out of the shrub borders.  (No pics- they were too fast!) 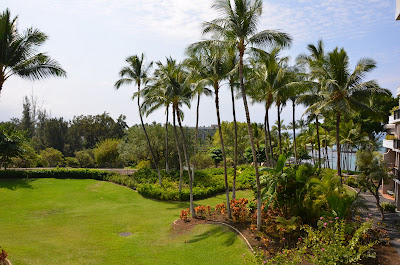 The feral cats are actually fed by a volunteer group known as "Advocats."  They were all over the resort, and help to keep down the mice. 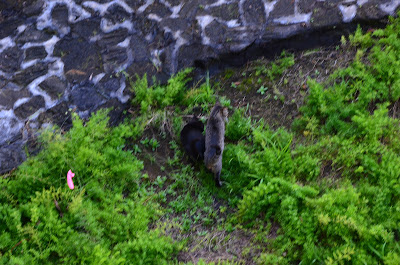 There are also feral pigs and wild donkeys on the Big Island, but we did not see any.  The wild animal I was most thrilled to spot were the many humpback whales off the coast.  We could look for their spouts and watch them breach while sitting at the resort or sometimes even driving along the coast road. 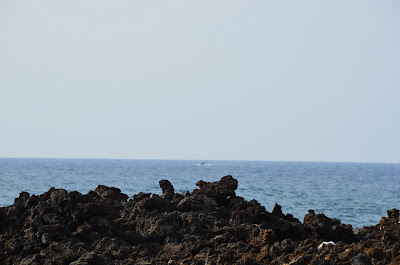 For a more up-close look at ocean mammals, you could visit the dolphin pool right at the resort.  We had a dolphin encounter in Nassau ten years ago, so we just watched from the sides this time. 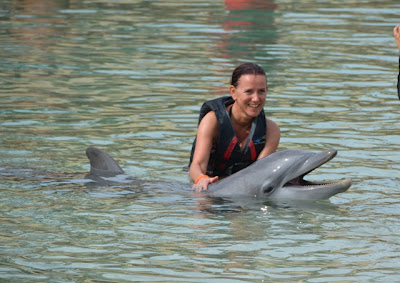 More next time!
Posted by Jeanne Turner McBrayer at 8:01 PM

I can't wait to get this back and bind it.....oh how lovely it is...you did a wonderful job