When we left home (Wake Forest, NC) to go to the mountains on Friday afternoon, it was sunny and warm, about 60 degrees F.  Around Winston-Salem, NC, it was raining hard.  Then it cleared up, and we were treated to some spectacular cloud formations as we approached the mountains. 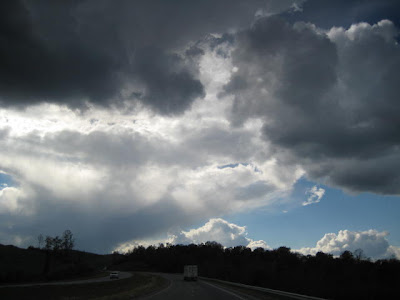 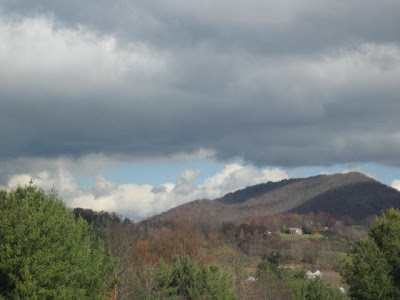 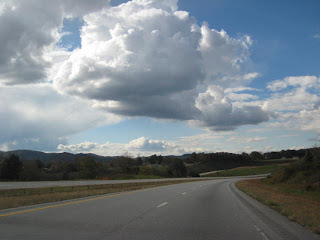 For awhile we enjoyed the remaining autumn foliage in the foothills 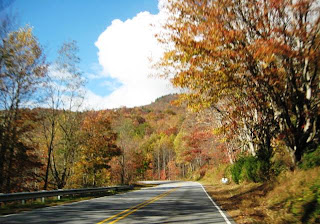 Then, it started snowing! 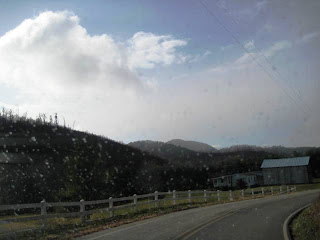 You can see the snow on the windshield. 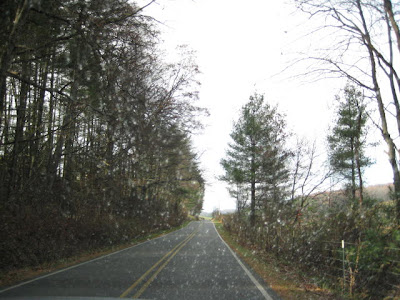 It did not amount to much, but it stayed fairly cold all weekend.  This morning it was a chilly 21 degrees!

We went to West Jefferson for groceries and supplies on Saturday.  A beautiful ride! This is one of my favorite spots in Ashe County, a quilt barn in a pasture with hills rising above. 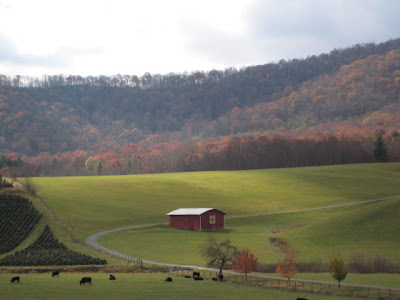 There is a nice promenade of maple trees in Jefferson that are still looking colorful. 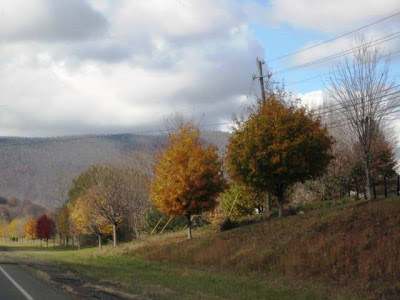 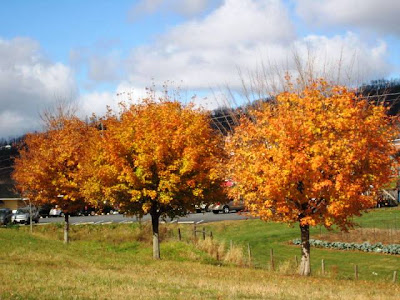 There were some traces of snow on the ground and in the Christmas tree fields. 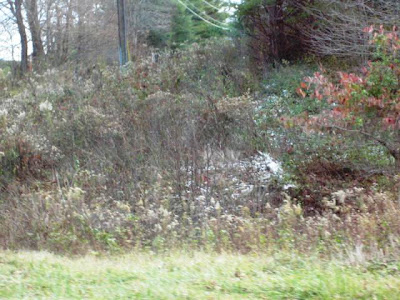 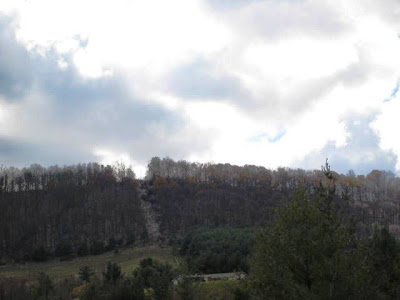 A check of the "stealth" camera memory card showed lots of visitors in the woods behind our house since last weekend. 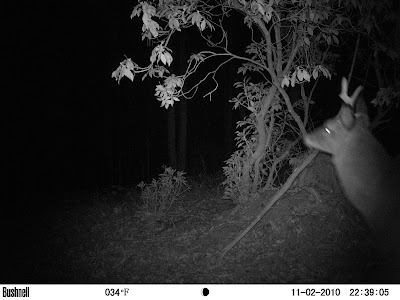 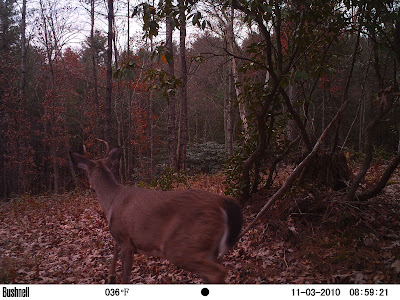 We had a beautiful new baby to admire at our neighbor's home...little Shelby, one month old!  She weighed only four pounds at birth, but is healthy as can be, and very sweet! 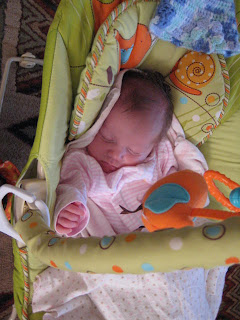 I sewed on some more beads and embellishments on my Zentangle hand art quilt while we watched football on TV and later while the guys were in the woods hunting.  I might "unsew" some of this stuff, as it is looking kind of busy. 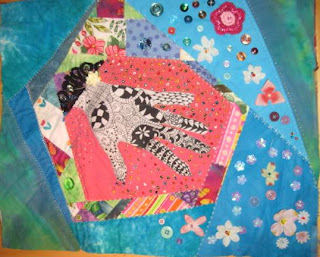 We had a beautiful ride on the Gator this afternoon before leaving for home.  There is a patch of snow in the mountains in the distance. 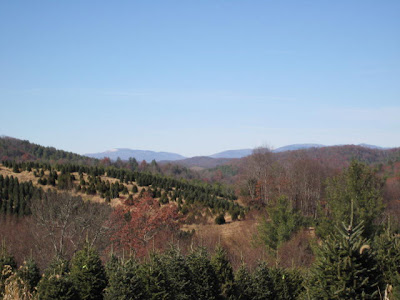 This time the trip home was incredibly beautiful.  The afternoon sun lit up the golden trees along the country roads. 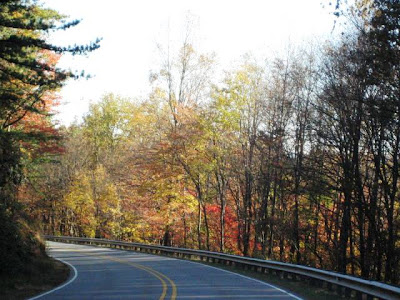 Before we reached home, it was dark, and the stars and a trace of the crescent moon were in the sky.  Daylight Saving Time has ended and it is darker earlier.

You have such spectacular views!