I have not been very faithful in posting to this blog lately.  Much has been happening in my life this year; some good, some awful.  I have not mentioned the bad part until today.

My husband Charlie was diagnosed in April with a very aggressive form of prostate cancer.  It had already spread throughout his skeletal system and some lymph nodes.  We were told by his doctor in Raleigh that the only treatment was to slow it down with a hormone regimen.  And that would only be effective for a limited time.

So, we have spent lots of time on the computer doing research.  And spent lots of time with family and friends.  We have been to Sunset Beach, NC; our cabin in the North Carolina mountains; his brother's family home in Rutherfordton, NC; and recently Alberta, Canada!  It was cool and beautiful up there.  I have about a thousand photos.  More to come!

Anyway, the good news is that through networking and research, we think we have found a place that can treat Charlie's cancer and allow him to achieve permanent remission.  We have been getting ready since the beginning of July to spend a couple of months in Florida while he receives radiation treatment at the Dattoli Cancer Center and Brachytherapy Research Institute in Sarasota, Florida.  We came down on Monday August 10, and stayed in Sarasota while they did more exams, tests, and simulations for the radiation treatment.

The upside is that he was done by about 8:30.  Then we went to Lido Key for a few hours of R&R in the Gulf of Mexico!  We have been to three beaches so far and liked all three. 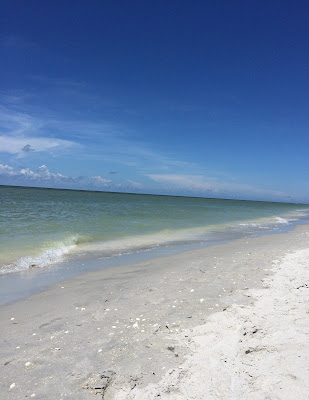 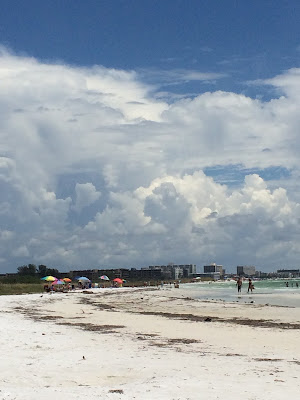 We ate a nice lunch in Sarasota and then headed back to my brother and sister-in-law's house.  They have generously offered us a place to stay for the duration, as well as a car to drive back and forth.  They live in a very comfortable home by a lake.  It will be a good place to unwind from all the driving and medical stuff.


So, that's what is happening.  We feel lucky on many counts, and have been very blessed with many prayers and well wishes.  We can do this!