Monday was our Anything Art Bee meeting.  We met at Peg's, but I provided the program.  We were creating backgrounds for mixed media collages on either gallery-wrapped canvas or canvas boards.

I made a few before the meeting, using either gesso, or gesso mixed with acrylic paints.

You can add a lot of texture to the background at this stage with stamps, thick applications of gesso, or carving into the thick gesso with a sharp object like a straw or the end of a paintbrush.

The striped effect on the two golden pieces is from a piece of corrugated cardboard from packaging. 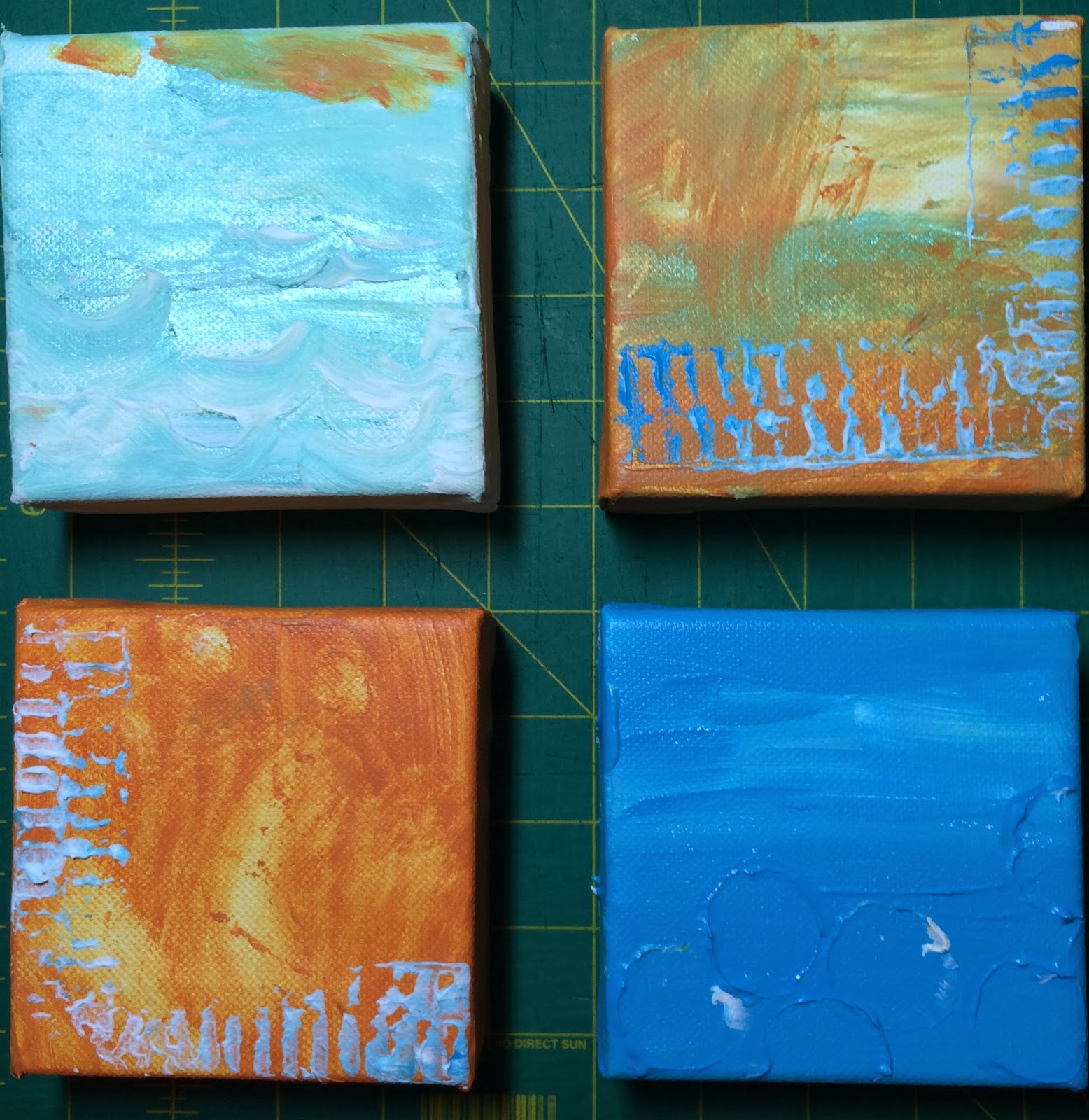 The next two are similar, but one has much more color added to the gesso before applying.  They both look like ocean scenes to me. 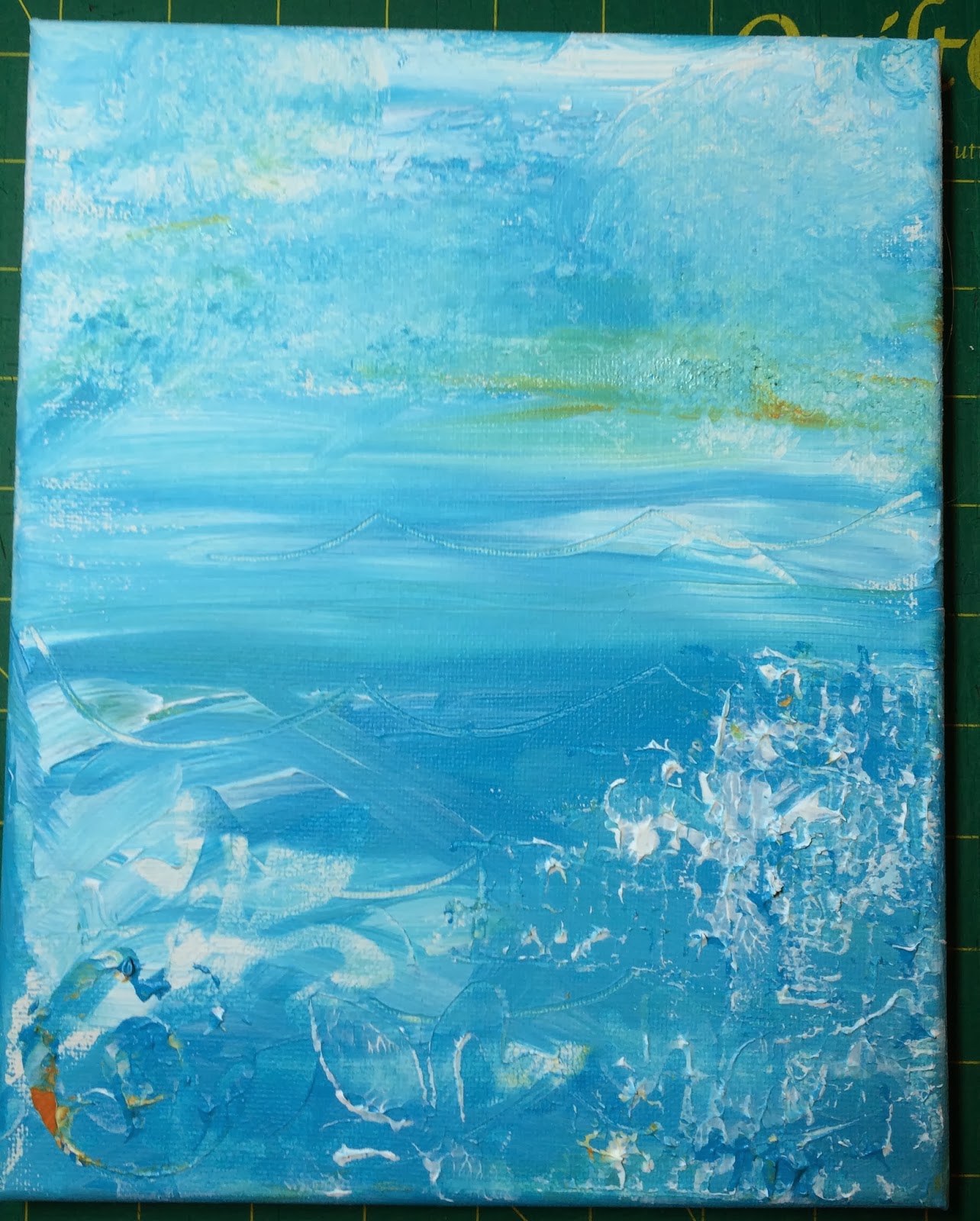 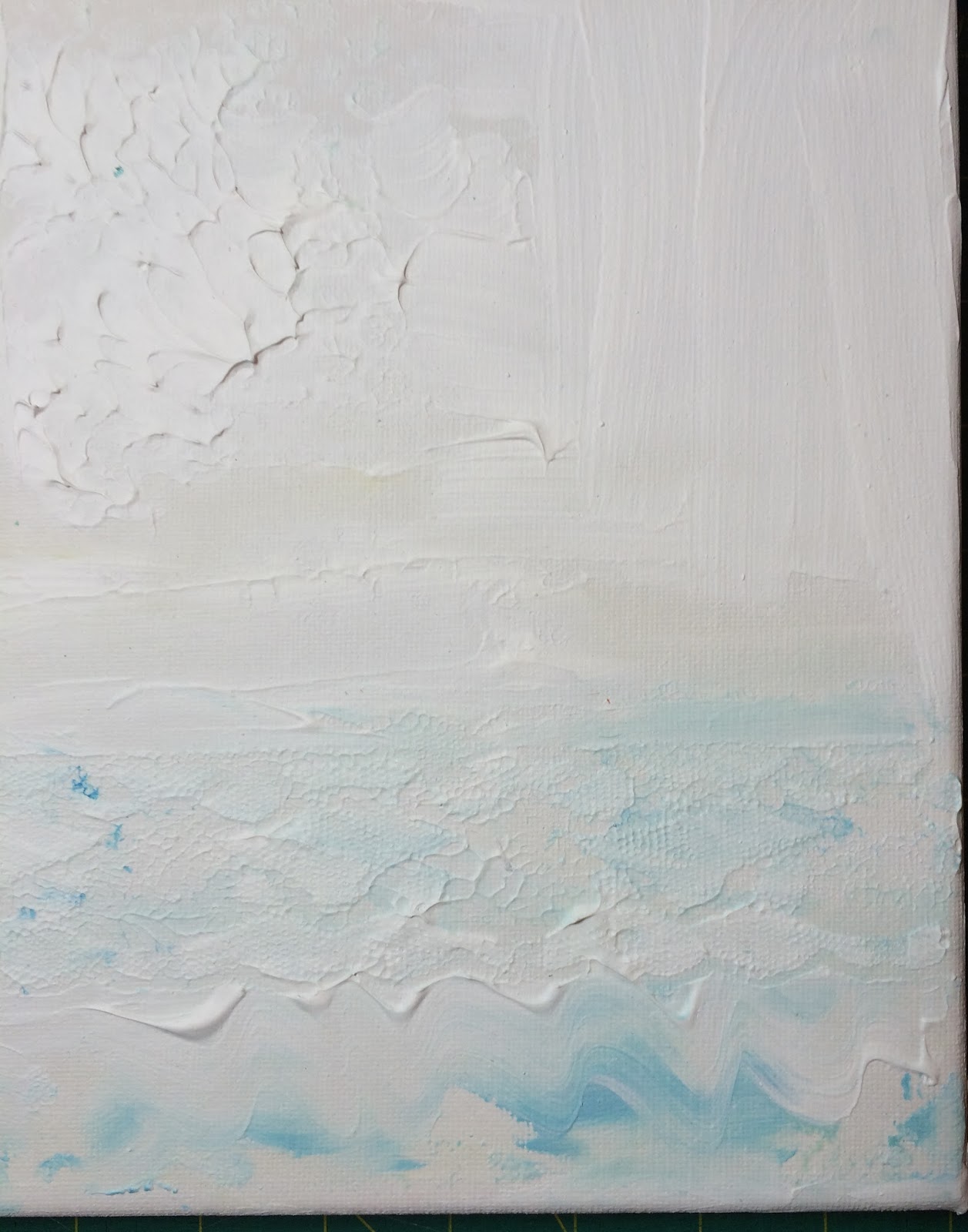 We once again used Peg's plastic-covered folding banquet table, and had fun painting and creating yummy textures for our backgrounds.

We only had three members present, because snow and ice were predicted for after lunch.  Here are Peg's two backgrounds. 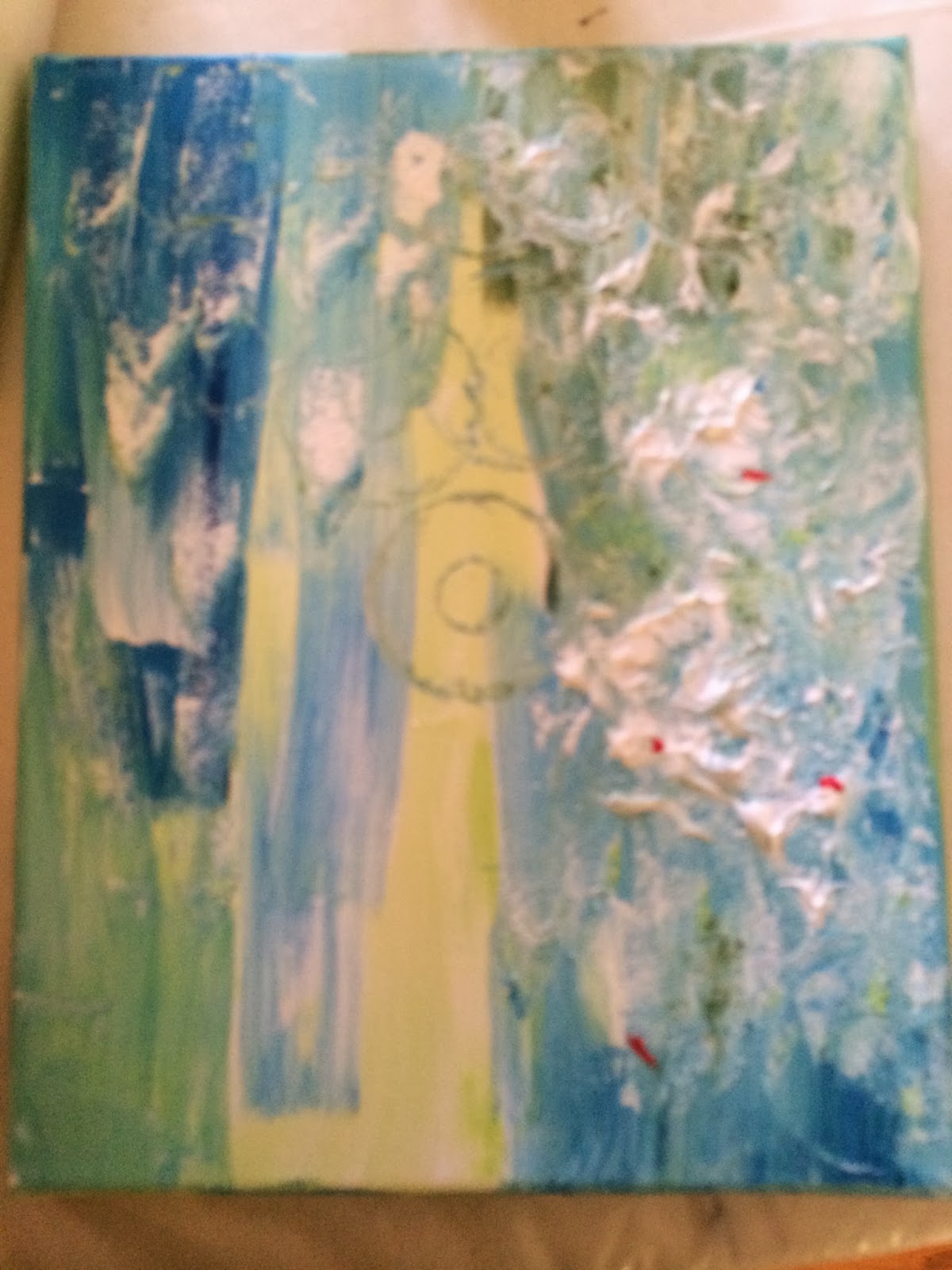 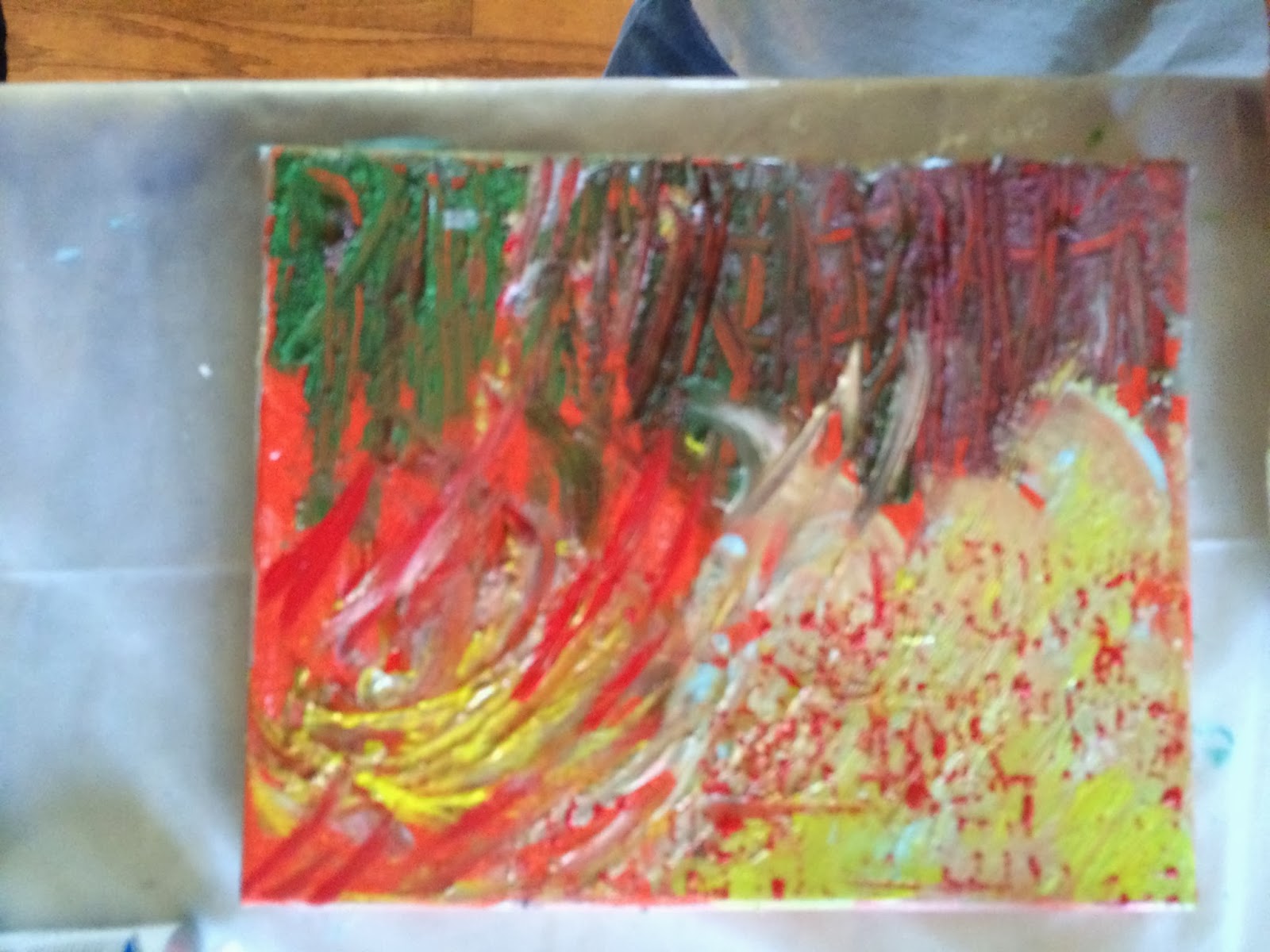 And these two are Toni's.  The large spiral motifs are from one of her own hand-carved stamps coated in gesso. 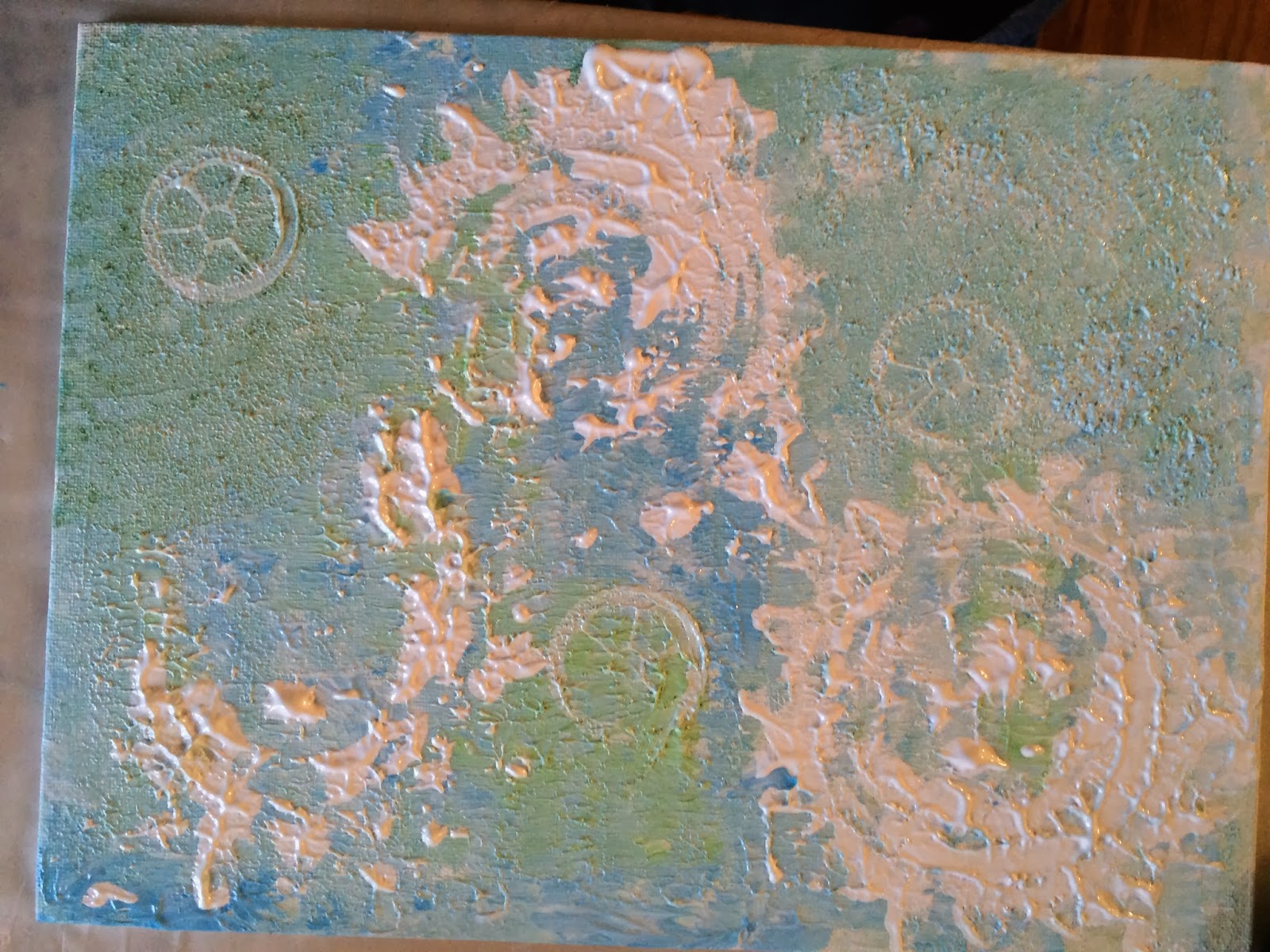 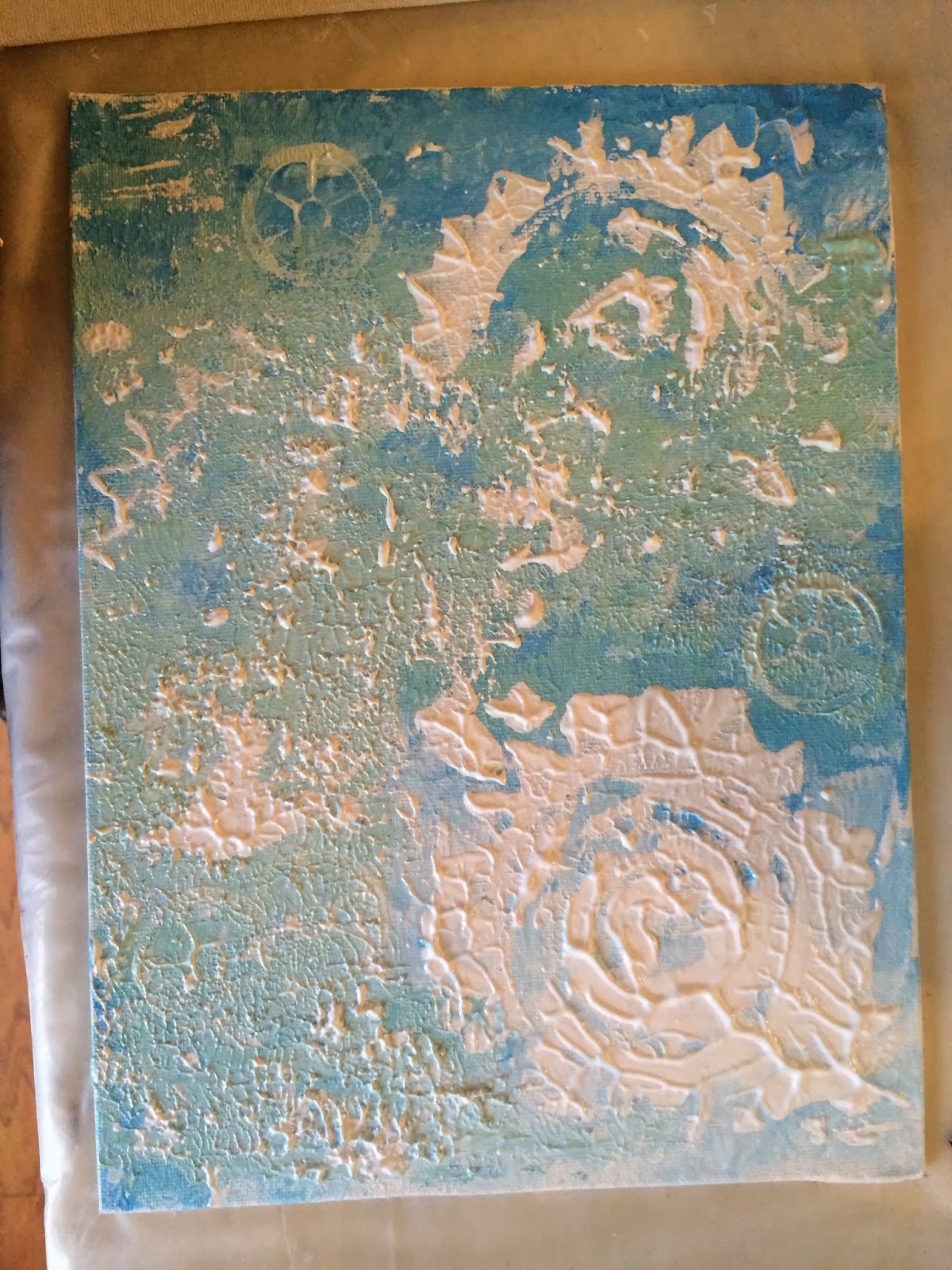 I started another background using a canvas I had previously painted in black, and didn't like.  Will have to take new pics of that one and also a piece that is almost finished.  Getting ready to head to the mountains!