Charlie has now finished two weeks of radiation for his recurrent prostate cancer at Dattoli Cancer Center in Sarasota.  He goes in at 1:00, and it usually takes about forty-five minutes.  Most of the time is spent trying to position him for the radiation to the back of his head and his neck.  They made him a new mask/helmet to protect his face and keep his head still, but they will be making him a new one next week.  They think that by adding a mouth piece and breathing tube, they can have more control.  Sounds like torture to me.

He finally got to start one of the new medicines last week, Zytiga, and it made him sick as a dog the first day.  After that, he took it at night, and he has not had much problem.  He will get the second new drug, Xofigo, by IV on Thursday.  This is the one containing radium.  It sounds scary.

Meanwhile, we have been trying to amuse ourselves and pass the time.  We have been to two nice restaurants, one on Phillippi Creek in Sarasota, and one on the bay on Longboat Key. 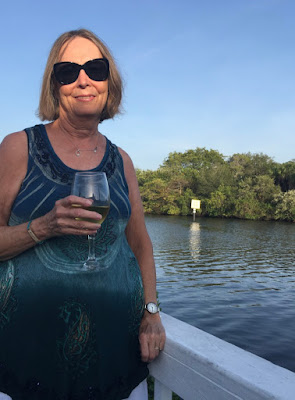 Our 46th anniversary was Monday.  The Table at Creekside was beautiful, serene, and very special. 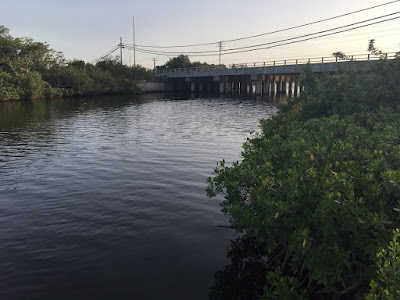 The first time we went to Dry Dock Waterfront Grill was with our new friend Bill from Dattoli.  He recommended this place for the great view of Sarasota Bay.  It did not disappoint.  We liked it so much that we went back today when my brother Jeff and his wife and son came up to visit from Ft. Myers.


We also finally saw our first Gulf sunset.  We went to South Lido Beach Park.  It was very entertaining to see the pelicans dive-bombing the water for fish.  The sunset was great.


Again, if we have to be going through cancer treatment away from home, it is nice to be in such a beautiful location. 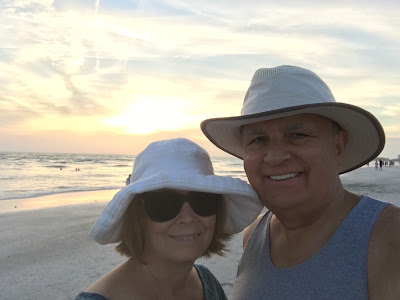